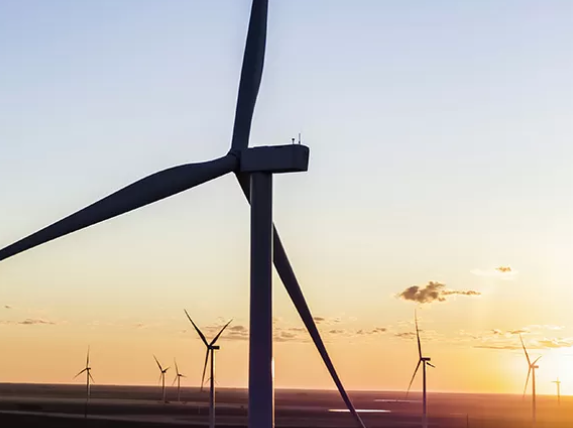 Minneapolis-based Mortenson announced the wind turbine work for the King Plains project in Garber, owned by ENGIE North America. King Plains will be comprised of 88 2.82-MW GE turbines and will span about 60 square miles.

ENGIE selected Mortenson as the EPC-based contractor last year. The turbines and tower components began arriving near the beginning of this year.

“We are excited to be constructing another project for Engie and glad to be back in Oklahoma adding more wind energy capacity to the State,” said Tim Maag, Vice President and General Manager of Mortenson’s Wind Energy team. “Before King Plains, Mortenson constructed two projects for ENGIE in Kansas.”

Mortenson’s project team mobilized in Garfield County in September of 2019. After mobilization, the team started building access roads, lay-down yard, collection system and foundations. Work on the substation and O&M building was started in December last year. The project is estimated to be complete in September.

At peak construction, 200-250 people will be employed on-site. When completed, property taxes at the King Plains site are expected to total nearly $50 million during the 30-year life of the project.

According to the American Wind Energy Association (AWEA), Oklahoma ranks third nationwide for installed wind capacity and second for total wind energy generation. Currently, the state has an installed wind capacity of 8,172 MW with 1,415 MW under construction. Including King Plains, Mortenson has erected 667 turbines generating 1,264 MW of energy in Oklahoma.

Development of King Plains by ENGIE North America began in the middle of 2016. The Houston-based offshoot of French independent power producer Engie has more than 2 GW of renewable projects in the U.S. and Canada.

Utility-scale wind power will be part of the content in the Renewables Knowledge Hub on the POWERGEN International exhibition floor. POWERGEN 2020 will be December 8-10 in Orlando, Florida.