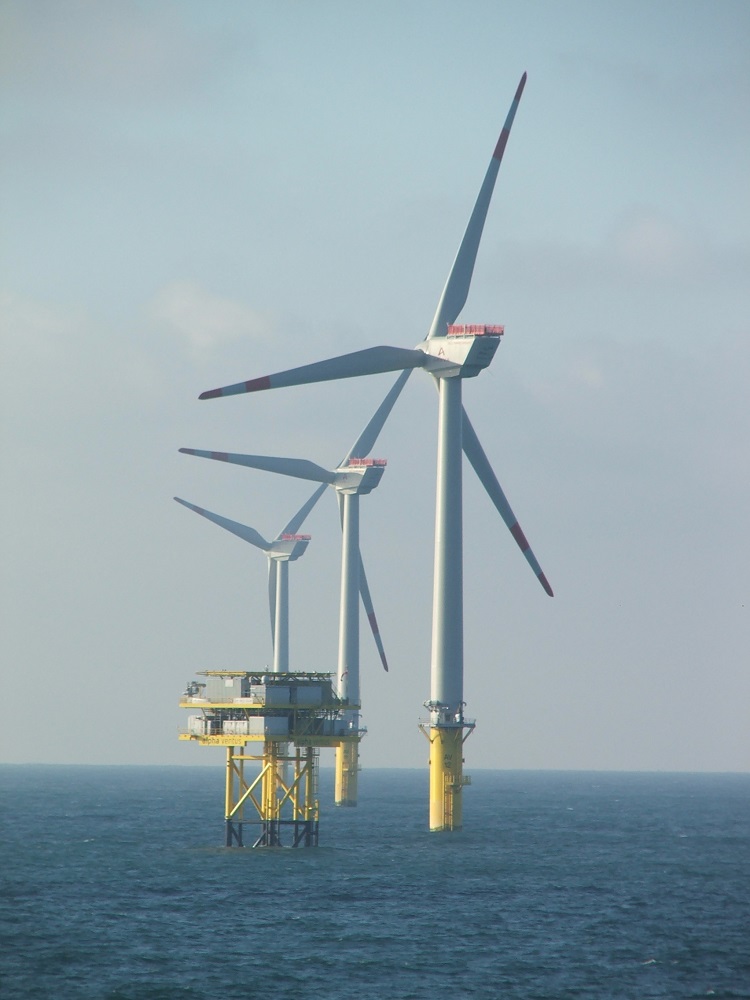 ScottishPower Renewables, a subsidiary of Iberdrola in the UK, has selected Siemens Gamesa Renewable Energy for the provision and installation of wind turbines at a £6.5 billion ($9 billion) offshore wind project.

Iberdrola has selected Siemens Gamesa Renewable Energy (SGRE) for the design of its East Anglia Hub program after a successful collaboration between the two companies in delivering the East Anglia ONE offshore windfarm, which was completed in 2020.

East Anglia ONE supported almost 3,500 jobs at the peak of construction and delivered 100 long-term skilled jobs, with more than half the supply chain coming from the UK market.

The two companies will work together ahead of the next Contracts for Difference auction – scheduled for later this year – with the ambition of signing turbine supply and installation agreements.

Selecting a preferred bidder at such an early stage in the development of the Hub projects creates the opportunity for SPR and SGRE to develop the turbine design and the Hub program hand in hand, which will help achieve further efficiencies and maximize local supply chain opportunities.

The East Anglia Hub projects have the potential to deliver more than 7.5% of the UK’s 40GW target for offshore wind generation by 2030 as set out in the Government’s Ten Point Plan.

The initial 1,400MW of power to be generated through the Hub projects via East Anglia THREE has secured planning consent. Planning applications for East Anglia ONE North (800MW) and East Anglia TWO (900MW) are currently being examined by the UK Planning Inspectorate. Subject to the outcome of the planning considerations, construction of the East Anglia Hub is expected to commence in 2023, with completion in 2026.

Jonathan Cole, offshore managing director of Iberdrola said: “Offshore wind is now one of the cheapest forms of renewable generation and the approach we’re taking with East Anglia Hub – in conjunction with SGRE – shows just how far the industry has come and how well placed we are to deliver the Government’s 40GW target for offshore wind within the next decade.

“Taking advantage of the most innovative technology available to ensure East Anglia Hub is home to some of the biggest and most productive turbines on the market would allow us to realise even greater economies of scale, helping to deliver a cleaner and greener future for us all.

“We’ve already shown what we can achieve through our East Anglia ONE windfarm, which has been a huge success and represents one of the biggest and the most innovative offshore wind projects in the market. And not just in terms of producing green energy and helping tackle the climate emergency, but in having a positive and tangible impact on people, places and businesses. The facts really do speak for themselves and position us perfectly to emulate that success for East Anglia Hub”.

Andreas Nauen, CEO, Siemens Gamesa Renewable Energy, said: “These projects could be significant for many reasons, including the input that it will make to both the UK’s National Grid and to employment on the east coast of England. For Siemens Gamesa, the potential deployment of our most innovative offshore wind turbine would enable us to additionally aid the UK government’s plans for the green recovery by delivering clean energy and meaningful employment for years to come.”