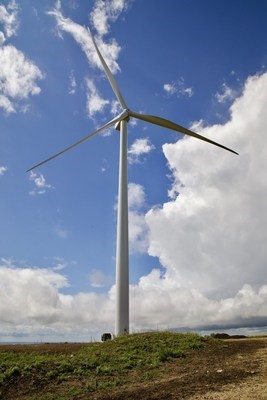 Under a VPPA, the customer often does not directly off-take the energy produced at the wind farm, but finances the project’s activity and entry of the generated energy into the market. The Crocker project was built by Wanzek Construction and utilizes GE 2.7-116 wind turbines.

“Crocker coming online represents the culmination of many years of collaboration with the community and has and will continue to bring economic development to rural South Dakota,” said Blake Nixon, CEO for Geronimo Energy. “Crocker is unique in that it is 100 percent contracted by corporate Virtual Power Purchase Agreements. Increasingly more corporations are making the choice to include renewable energy procurement in their sustainability goals–and Geronimo is proud to be playing a role in our industry’s continued growth and expansion into corporate power purchasing.”

Minneapolis-based Geronimo has developed more than 2,400 MW of wind and solar projects that are either operational or currently under construction. National Grid Ventures, the competitive business and investment unit of National Grid, acquired Geronimo Energy earlier this year in a $125 million deal.