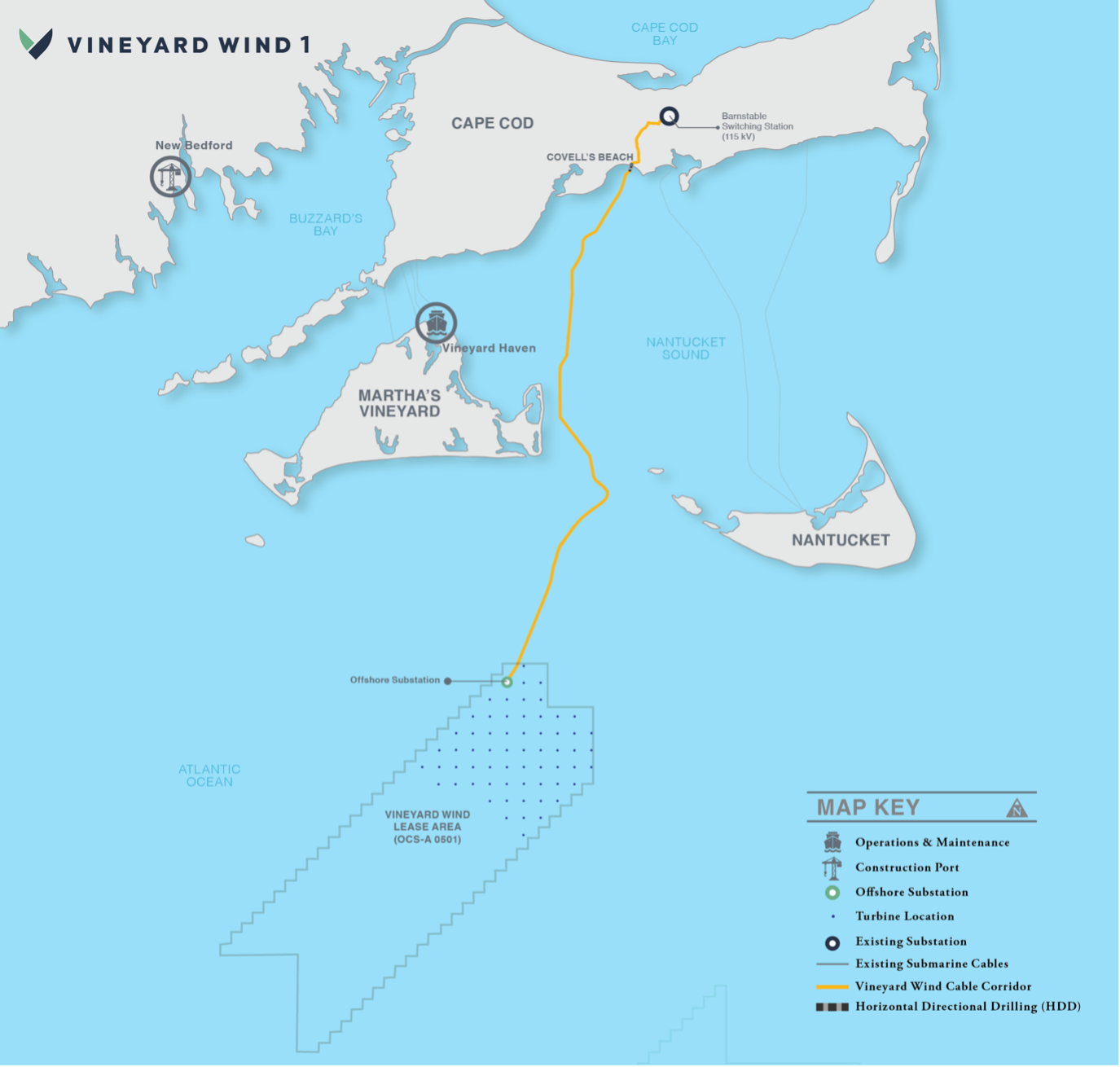 This final major federal approval from the Bureau of Ocean Energy Management (BOEM) will enable the developers to begin construction later this year. Avangrid said the approval represents the beginning of an energy transition in New England where clean power will be created by harnessing the region’s strong coastal winds.

“Today’s Record of Decision is not about the start of a single project, but the launch of a new industry,” said Vineyard Wind CEO Lars T. Pedersen.

“Receiving this final major federal approval means the jobs, economic benefits and clean energy revolution associated with the Vineyard Wind 1 project can finally come to fruition.  It’s been a long road to get to this point,” he added.

Since 2017, the Vineyard Wind 1 project has been through an unprecedented and exhaustive public review process that generated more than 30,000 public comments, more than 90% of which supported the project. The Construction and Operations Plan (COP) was reviewed by more than two dozen federal, state, and local agencies over the course of more than three and a half years.

The project design includes the GE Haliade-X, with a capacity of 13 megawatts (MW). The larger turbine capacity has allowed the project to reduce the total number of turbines from 108 to 62 while still delivering a total capacity of 800 MW to Massachusetts customers. The turbine layout, which features consistent spacing of one nautical mile between turbines, was endorsed by the United States Coast Guard for transit, fishing and navigational safety.

“We are very excited and proud to be part of the birth of an incredibly important new industry,” said AVANGRID CEO Dennis V. Arriola. “We appreciate the thorough review by BOEM as well as the considerable input from stakeholders. The broad engagement from many parties throughout this process has improved the project and positioned both Vineyard Wind 1 and the broader offshore wind industry for long-term success,” he added.

In response to comments and direct engagement with neighboring communities, environmental organizations and advocates, fisheries organizations, and governmental and tribal entities, the project has incorporated significant mitigation measures, including:

“This groundbreaking project will produce affordable, renewable energy, create jobs and prove Massachusetts developed a successful model for developing offshore wind energy.  We appreciate the federal government’s partnership to grant this approval and look forward to working with Vineyard Wind to create thousands of jobs and set the Commonwealth on a path to achieve Net Zero emissions.”

Prior to construction, Vineyard Wind must submit a facility design report and a fabrication and installation report. These engineering and technical reports provide specific details for how the facility will be fabricated and installed in accordance with the approved Construction and Operations Plan.

Utility-scale offshore and onshore wind are growing tremendously and will be a key part of content at POWERGEN International event planned Jan. 26-28 in Dallas. The POWERGEN Call for Speakers is still open and seeking submissions for tracks such as Decarbonization, Digitalization, Energy Storage Breakthroughs, the Future of Electricity, Hydrogen: What’s New, Optimizing Plant Performance, the New Energy Mix (on-site power) and Trends in Conventional Power. Click here to see more and submit a session idea.