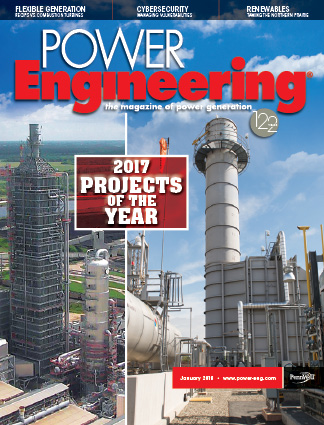 Among the “…vastly different circumstances” that Russell Ray mentions in his opinion piece in the January 2018 edition of Power Engineering are dozens of existing qualifying facilities (QFs) that have not been advantaged by state renewable energy policies and continue to rely on PURPA to provide access to markets, and fair and sustainable rates that are competitive with utility generation costs.

The constant drone that QF energy and capacity rates are “above market” may be true for some, but not all, especially in the context of existing QFs and regulated states like Michigan. For the past 30-plus years Michigan’s avoided costs have been based on actual utility generation costs. Therefore, if existing QF costs are “above market” as some claim, then so is utility generation. Market rates are irrelevant in Michigan because utilities do not recover their generation costs at market rates, especially those in MISO, as that is a short-term balancing market and not reflective of true generation cost. Existing, longterm QF generation is not equivalent to purchasing short-term market power because utilities rely on their own long-term generation to serve their load, and recover their actual costs, not markets rates.

The “modern realities” of PURPA, as Mr. Ray states, are that existing QFs are being overlooked and the long-term benefits they bring are left out of the debate. The “old reality” is that Michigan remains a regulated state under law passed in 1939. Therefore, the realities that PURPA was meant to address in 1978, and as revised in 2005, are still applicable today.

Changing PURPA in ways that allow utilities to game the processes for setting avoided costs so that existing QFs are forced out of business is not good energy policy and is not in the best interest of a diverse and robust energy supply. Yes, the world is changing, Mr. Ray, and good energy policy ensures everyone gets to come along for the ride. Modernizing PURPA for the 21st Century cannot happen while ignoring the fate of existing QFs, or else we risk throwing the proverbial baby out with the bathwater. Changes to long-standing law must be made with all affected parties being considered or they will simply create bad public policy and do nothing to advance the industry or benefit ratepayers.