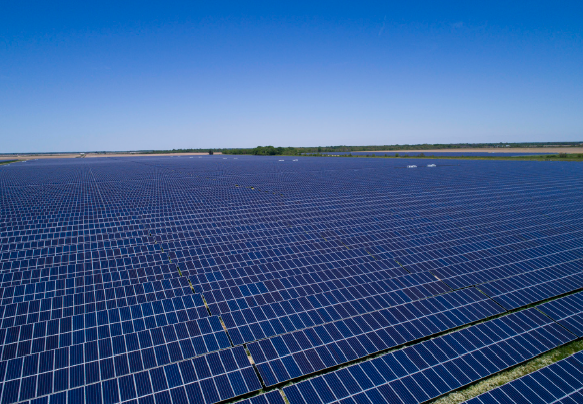 Subsidiaries of NextEra Energy Resources and Entergy announced that construction has begun on a 100-MW utility-scale solar project in Arkansas.

Work on the Chicot Solar Energy Center is expected to last about 11 months. Florida-based NextEra Energy Resources will build and operate the site, while Entergy Arkansas will buy the power under a 20-year power purchase agreement.

Once completed, the 825-acre Chicot site near Lake Village will be the biggest solar power facility in Arkansas. It will supersede the Stuttgart Solar Energy Center, which came online last year.

“Entergy Arkansas is already the largest solar provider in the state, and this project allows us to increase what we can provide for our customers,” said Laura Landreaux, president and CEO of Entergy Arkansas. “Large-scale, universal solar allows us to provide the benefits of renewable energy to all of our 700,000 customers at an economic price.”

The facility will feature approximately 350,000 photovoltaic solar panels that convert the sun’s energy into electricity. The solar energy center will have a capacity to generate 100 megawatts of electricity, or enough to power more than 18,000 homes.

“This project will bring good jobs, tax benefits and affordable, renewable energy to the state for decades to come,” said John Ketchum, president and CEO of NextEra Energy Resources. “We are pleased to continue to work with our partners at Entergy Arkansas to bring economic, renewable energy to customers and introduce another universal solar project of this scale in Arkansas.”

The project will create up to 150 jobs during the construction phase.

Entergy Corp. Chief Operating Officer Paul Hinnenkamp was one of the keynote speakers at POWERGEN International two weeks ago in New Orleans. During the keynote and afterward, Hinnenkamp elaborated on Entergy’s long-term plan to add as much 3 or 4 GW of renewable energy resources to its generation mix over the next 11 years.

“Our customers, our stakeholders are just more and more interested in seeing those types of generation,” he said during a post-keynote interview at POWERGEN. “Our emissions in 2030 will be 50 percent less than they were in 2000, on a per-unit basis…in order to accomplish that we have to do more on the renewable front.”

Click here to see a video of the Paul Hinnenkamp interview.