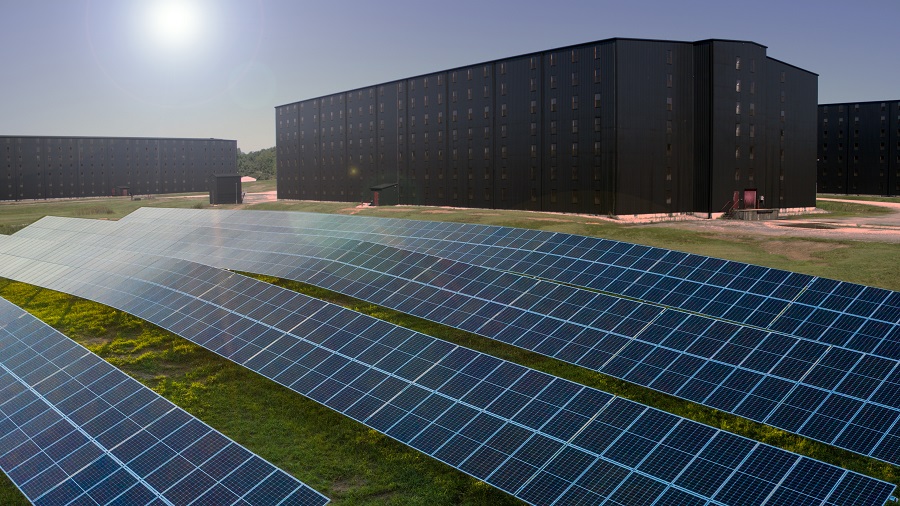 Solar aficionados can toast to this news if they so choose.

Kentucky Utilities announced that its joint venture solar array is now online in Loretto. The 560 panels are producing to offset power use by Maker’s Mark whiskey production.

The new ground-mounted array is situated just east of the distillery’s rickhouses where the bourbon is stored for aging. This includes energy for security, lighting, barrel elevators and office spaces.

“Much like its signature bottle, hand-dipped in wax, Maker’s Mark is sealing its position as an industry leader and making a resounding commitment to sustainability. Travelers from all over the world visiting the iconic distillery will see homegrown electricity in action,” said Paul W. Thompson, Chairman, CEO and President of LG&E and KU. “Together with our customers, we’re growing Kentucky’s renewable energy legacy and deepening our solar energy roots here in the Bluegrass.”

Constructed by KU’s partner Solar Alliance, the new solar array first began producing power for Maker’s Mark in early February and is expected to produce about 268,000 kilowatt-hours per year.

“Being a thoughtful steward of our community and our environment has been a pillar of Maker’s Mark since my grandparents first started making our bourbon in Kentucky more than 60 years ago,” said Maker’s Mark Managing Director Rob Samuels, an eighth-generation distiller. “The ability of this solar array to offset our energy use is a tangible example of our ever-increasing focus on environmental stewardship, and we’re thrilled to see this meaningful effort come to life with our partners at KU.”

KU and its sister utility Louisville Gas and Electric Company first launched the Business Solar Program in 2016. The program, part of the utilities’ Green Tariff, empowers commercial and industrial customers to accomplish solar energy goals without being burdened by the logistics of managing a system.

Kentucky Utilities and Louisville Gas & Electric are both owned by PPL Corp.