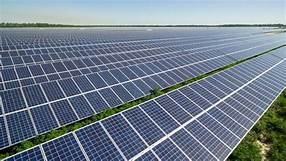 DeSoto County served as a launching pad for FPL’s solar investments with the 2009 construction of the FPL DeSoto Next Generation Solar Energy Center. At 25 MW and about 90,000 panels, DeSoto Next Generation was the largest of its kind in the nation at the time and was commissioned by former President Barack Obama. DeSoto County has served as an innovative hub for FPL’s clean energy ideas and investments ever since.

“For more than a decade, FPL has been on a mission to turn the Sunshine State into a leader in clean energy and sustainability, and so much of it has been anchored in DeSoto County,” said FPL President and CEO Eric Silagy. “But DeSoto County isn’t just home to millions of solar panels – it’s also a hub for clean energy innovation. Every time FPL has decided to disrupt the status quo, push the limits or test new ideas, DeSoto County has shown up as an eager partner. The FPL Rodeo Solar Energy Center may be the last solar center on this site, but we hope it’s just the beginning of many more innovative projects to come.”

See our full coverage of the solar power sector

“FPL has been a wonderful friend to this community, and it’s been a thrill to watch their clean energy transformation unfold right before our eyes in DeSoto County,” said DeSoto County Commissioner J.C. Deriso. “When our journey began in 2009, we couldn’t have dreamed our legacy would kick off such a rapid solar expansion across the state, or that this county would be home to five solar energy centers and more than a million solar panels. I don’t know what the future holds, but I hope DeSoto County continues to be at the center of clean energy innovation.”

FPL is a subsidiary of NextEra Entergy.

Utility-scale and community solar are growing tremendously and will be a key part of content at POWERGEN International event planned Jan. 26-28 in Dallas. The POWERGEN Call for Speakers is still open and seeking submissions for tracks such as Decarbonization, Digitalization, Energy Storage Breakthroughs, the Future of Electricity, Hydrogen: What’s New, Optimizing Plant Performance, the New Energy Mix (on-site power) and Trends in Conventional Power. Click here to see more and submit a session idea.