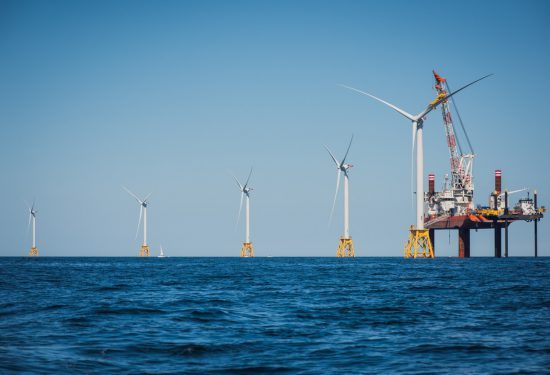 Although the US market for offshore wind energy will grow thanks to a number of factors including supportive regulation through 2030, the sector is likely to miss the target set by President Biden, according to a new report released by IHS Markit.

The lack of infrastructure and other bottlenecks are likely to prevent the US market for offshore wind energy to hit the 30GW target set by the president, states IHS Markit.

This is despite a massive increase in installation is expected to be recorded with capacity expected to increase from just 42MW today to 21GW by 2030. Up to $100 billion in investment is expected to be made in the industry over the next nine years, a development that will increase the US share of the global total installed offshore wind capacity from close to 0% to around 9% in 2030.

In addition, poor power transmission infrastructure and the impact of COVID-19 are expected to deny the market to install the capacity targetted by Biden. Delays by the US Bureau of Ocean Energy Management’s in investigating the implications of offshore wind projects is one key factor likely to hamper an increase in installations to meet the 2030 target. However, as the industry matures, the permitting process may ameliorate.

At the same time, the high costs associated with floating wind energy projects compared to other renewable energy resources will make the sector unattractive for a number of investors. Current unsubsidized costs for bottom-fixed and floating offshore wind projects are estimated at $125 per MWh and $225 per MWh respectively, well above wholesale electricity prices and costs for both onshore wind and solar PV. While costs are expected to decline sharply in the coming decades and the cost gap between bottom-fixed and floating is expected to narrow, offshore wind will remain a relatively expensive resource.

Although the US is projected to fall short of its offshore wind energy target, the government has started embarking on a number of initiatives to address market barriers. These include a budget of $3 billion announced by the US Department of Energy for offshore wind projects and efforts to speed up project permits, including environmental reviews.

Up to $500 million in funding has been budgeted for port upgrades including reinforcing and modernizing port infrastructure and supporting shore-side wind energy activities, such as storage areas, laydown areas, and docking of wind energy vessels to load and move items to offshore wind farms.

The sector will be further bolstered by plans to build four to six new wind turbine installation vessels in US shipyards. Whilst the US expands its turbine manufacturing capacity, current plans include sourcing turbine components for the first commercial projects from mature European markets.

In addition, the 30% investment tax credit (ITC) extension will provide a major boost for projects that start construction by the end of 2025 and come online as late as 2035.

Today, a total of $2.5 billion in investments to expand the country’s offshore wind energy market have been announced. The projects include infrastructure upgrades, ports and factories for foundations, towers, blades and cables, and the first offshore wind nacelle assembly facility by GE Renewables.

Andrei Utkin, Principal Analyst, Clean Energy Technology at IHS Markit, said: “Over time and with scale, as more and more offshore wind farms in the United States are consented, equipment manufacturers will be more willing to invest and build local supply chains and new installation vessels. But it will be a gradual process as the industry needs to see a rich pipeline of consented projects and a clear regulatory framework before committing to invest billions of dollars in local factories.”