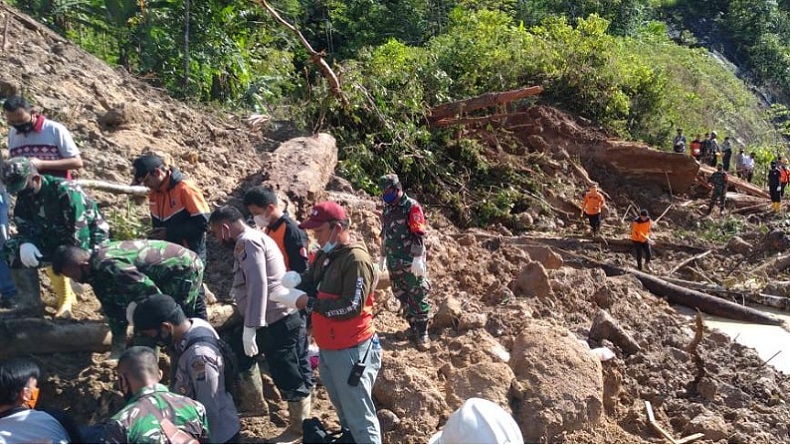 The District Government (Pemkab) of South Tapanuli (Tapsel) in Indonesia has confirmed that the landslide occurring at the 510-MW Batang Toru Hydroelectric Power Plant in Wek 1 Village, Batang Toru District, was a natural disaster, not an act of sabotage or human action.

Ismut Siregar, head of public relations of the Tapsel Regency Government, said landslides occurred due to high rainfall around the area for three consecutive days.

According to reports from project developer RMOL-Medan-North Sumatra Hydro Energy (NSHE), the process of searching for victims is still being carried out. Of the 12 people who were reported missing buried by landslide material, three have been found dead.

Batang Toru is a run-of-river project, requiring only a daily reservoir pool. Located on the Batang Toru River in South Tapanuli Regency, the project is being built on an Other Use Area that is part of the Batang Toru ecosystem. Within these area, there are protection forests, conservation forests and production forests.

The landslide occurred on Thursday, April 29 at 6:20 pm local time. A Sinohydro K3 employee named Dolan Sitompul was accompanying 2 Sinohydro employees (foreigners) named Long Quan and Xie at 6:10 p.m. to drive a double cabin project car to check and document the occurrence of a 50-cm-high mud flood, which occurred at 4:20 pm due to heavy rain that flushed the location since noon.

Sinohydro suspects that the mudflows at this location will cause landslides, so they need to check so they can prepare heavy equipment to deal with it. After checking and taking documentation, at around 6:20 p.m. a landslide occurred that immediately hit and rolled the Sinohydro employees. Xie, who had seen an avalanche, jumped out of the car, while his colleagues, Long Quan and Dolan Sitompul, were rolled by the landslide.

The landslide also swept away Anius Waruwu’s coffee shop, which was directly below it.