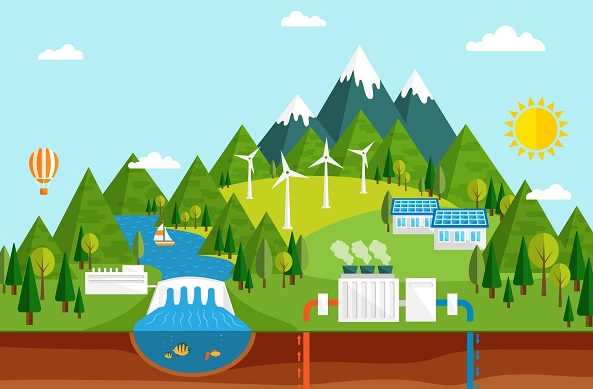 The recent film “The Current War” focuses on the battle between Thomas Edison, Nikola Tesla and George Westinghouse over the future of electric power transmission.

Edison lost and, for the most part, alternating current emerged as the standard, yet the power generation system as we know it did not completely evolve until nearly World War II. Technologies mature over time and standards settle in. Movies only catch the exciting bits.

One of those panelists, SEL technology director Scott Manson, talked to Power Engineering on the event’s last day. Manson is a veritable microgrid and integration expert, considering SEL is a leader in the fields of protective, control and monitoring systems throughout the generation and grid processes.

Microgrids are a sexy topic these days in the power generation sector, but they also are an immature one. Don’t take it personally, microgrids, you may be hot but you’re not as together as so many think you are…yet.

“There’s a lot of challenges,” Manson noted during the interview at SEL’s POWERGEN booth. “There’s protection problems, stability programs…a lack of standardization. One hundred years ago we in the power generation sector went through what inverter-based generation is going through.”

Now microgrids are clearly a promising alternative and backup to macro electricity delivery and generation. They can be versatile systems which incorporate solar, wind, gas and diesel on-site power gen-sets and energy storage, appeasing and attracting many target groups who advocate for this or that form of generation.

They can provide power options in the event of storm damage or other outages. They also attract the money crowd, with many sages predicting close to $15 billion of U.S. microgrid investment alone through 2025.

The financiers are ready, but the workforce is not completely up to speed, Manson pointed out.

“They are not skilled in the basics…and if they don’t understand inverters they need to disqualify themselves,” he said. “A lot of people are jumping in with a hope and a prayer.”

The future certainly isn’t without hope. Manson said utilities are in the best position to further microgrid technology and expansion. The Edison Electric Institute recently reported that half of all microgrids currently have some kind of utility engagement, compared to only 10 percent a few years ago.

Microgrid projects have money behind them, but they need time. Inverter-based technology is far from mature, Manson added, and early adopters need to learn the complexities.

“It is an integration challenge, and it is not solved,” he said. “It’s endangering the stability of the power system. We’re throwing immature technologies at a very complex problem.”

(Rod Walton is content director for Power Engineering and POWERGEN International. He can be reached at 918-831-9177 and rod.walton@clarionevents.com)