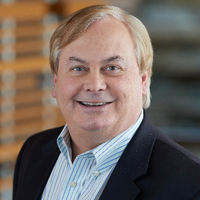 Terry Donnelly, president and COO of Chicago-based utility ComEd, will be the keynote speaker when the February series of POWERGEN+ kicks off next week.

Donnelly will offer a 10 to 15 minute keynote at 11 a.m. ET Wednesday, Feb. 17 at powergenplus.com. He will focus on utility workforce of the future initiatives and needs.

The ComEd operations leader has spoken to Power Engineering several times, including a webcast about managing workforces during COVID-19. His company has also invested in energy and engineering education programs at the secondary and collegiate level.

ComEd, a Chicago-based utility within the Exelon Corp. family, is Illinois’ biggest electricity provider with more than 4 million customers. It takes its power from the competitive PJM market.

Eight years and about $2.6 billion later, ComEd has nearly completed the first phase of its grid modernization plan. Those improvements include advanced metering infrastructure, T&D upgrades and next-gen control technologies.

The result, he said, is eight consecutive years of performance improvement on metrics such as outage duration, outage frequency and energy efficiency while incorporating more and more carbon-free energy, whether it’s nuclear or renewables.

Donnelly has been president at ComEd since 2018 and served as COO and executive vice president for six years prior to that. He grew up in a utility family and started his career with PECO, which was later acquired by ComEd parent Exelon Corp.