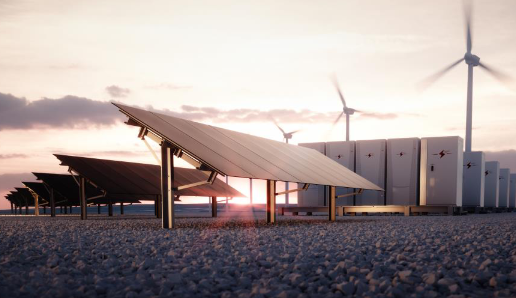 In the past two years alone, northern California has experienced 14 power shutoff events, impacting millions of customers and creating billions of dollars in damages.

These “public safety power shutoff” events are intended to prevent utility power lines from sparking wildfires during extremely dry and windy conditions. These events disconnect communities across the state from the electric grid, causing inconvenience and economic hardship. As California continues the electrification of transportation and buildings, power outages will become more impactful, taking away not only internet, lighting, and air conditioning, but also mobility and heating.

As events like these have grown in national prominence in recent years, there has been a renewed focus on the topic of electric reliability and resiliency across the U.S., and interest in “microgrids” has soared. Microgrids are collections of energy resources that are designed to be able to operate in parallel with the bulk electric grid and also in “island” mode when disconnected from the bulk grid, providing continuous electricity service. With ubiquitous California sunshine, these systems can be designed to rely on solar power and battery storage to meet a portion of their customers’ needs.

Read our full coverage on microgrids

However, despite huge reductions in the cost of solar and batteries in recent years, these resources are not able to provide all the energy that microgrid systems need. The need for a source of “firm” generation – dispatchable power that can operate whenever needed and for as long as needed – in deeply decarbonized power systems was recently studied by a group of energy systems modelers at Princeton and Stanford Universities and the consulting firm Energy and Environmental Economics (E3). Sponsored by the Environmental Defense Fund and the Clean Air Task Force, the study found that clean firm power is the key resource in helping California achieve its goal of 100% carbon-free power by 2045.

The reason? Solar and wind generation, the primary sources of renewable electricity, depend on the weather which can vary in unpredictable ways. The study found that “[p]eriodic large-scale weather patterns extending over 1,000 kilometers or more, known as dunkelflaute (the German word for dark doldrums), can drive wind and solar output to low levels across the region that can last days, or even several months.” The study concludes that almost any combination of clean firm resources – nuclear, fossil generation with carbon capture and sequestration, geothermal, long-duration storage, or thermal generation with renewable fuels – could deliver 100% carbon-free electricity. But California won’t be able to reach its goals without at least one scalable form of clean firm power.

The Smaller the Grid, the Larger the Need

This study adds to the dozens of others that have demonstrated the need for clean firm power on the bulk electric system. However, this finding is even more true in a microgrid. Aggregating wind and solar generation over a wide geographic area, for example the Western Interconnection, can help minimize but not eliminate the need for firm generation to balance supply and demand. Microgrids, by contrast, must be able to maintain reliability without the benefit of supply and load diversity. They are therefore much more susceptible to weather-driven local renewable generation shortages. In California, microgrids have been defined by the Public Utilities Commission as needing to be able to provide power during a grid outage lasting at least 72 hours. This duration is significantly longer than the capability of      today’s battery technology, particularly if solar generation capacity is reduced by weather or smoke, limiting its ability to charge storage.

Today, utility customers who want reliable power in the event of a longer duration grid outage often only have highly emitting backup diesel generators as an economic option. Even PG&E relies on mobile diesel generation as a backup power source for towns that have been disconnected from the larger grid during power shutoffs. This rightfully raises concerns about localized health impacts from harmful air emissions from these generators, which are significantly more emitting than other cleaner fuel technologies available today. Because of their local pollution, diesel generators are generally prevented from running except during emergency conditions (i.e., a public safety power shutoff). This means that, despite the significant investment in diesel generators for reliable power during grid outages, these resources provide no value back to the grid.

Distributed, Dispatchable, Clean, and Fuel-Flexible Generation as an Alternative to Diesel

Recent work by E3 evaluates the economics of a variety of diesel-alternative microgrid technology configurations. The findings align with prior work by confirming that a microgrid configuration that lacks firm generation by relying exclusively on solar and storage is economically impractical.

The findings also highlight another key insight – that a dispatchable and fuel-flexible distributed microgrid technology can provide significant additional value back to the grid. Onsite resources such as linear generators and dispatchable fuel cells emit essentially zero harmful local pollution, which allows them to dispatch beneficially for the grid instead of just during emergency power outage conditions. Microgrids with these resources can send power to the grid during peak conditions and displace less efficient grid-scale generators while also avoiding transmission losses. And of course they can also provide resilient backup power for extended periods. These economic benefits are highlighted in the results below.

Recognizing that California is on a path toward 100% clean electricity, it is critical that the investments we make today are consistent with that ultimate end-state. Generation resources that are fuel-flexible have the capability to run on natural gas, renewable biogas, or green hydrogen created from renewable energy. As these renewable fuels become more widely available and economic, fuel-flexible resources will play an essential role in providing firm generation for a 100% clean electric grid. A growing body of work recognizes the value of and need for renewable fuels in a net-zero carbon future. Utilities like the Los Angeles Department of Water and Power are already developing fuel-flexible resources that can run on green hydrogen in preparation of their 100% clean energy targets.

Investments in microgrids are increasingly necessary to provide reliable, resilient power to customers in scenarios where access to the main grid is cut off. However, investing in diesel rather than cleaner, fuel-flexible resources for firm generation is a wasted opportunity to advance California’s clean energy goals.

About the authors: Arne Olson is senior partner at E3 (Energy and Environmental Economics, Inc). He has worked for about two decades at E3 and previously was a senior energy policy consultant at the Washington State Department of Commerce.

Adam Simpson is chief product officer and founder of Mainspring Energy. Previously he was a research assistant at Sandia National Laboratories and with the Global Climate and Energy Project at Stanford University.

Microgrids will be part of the content happening this August in the online POWERGEN+ series. June is focused on the Future of Electricity with regard to hydrogen and carbon capture. Registration is free and sessions are available on demand.