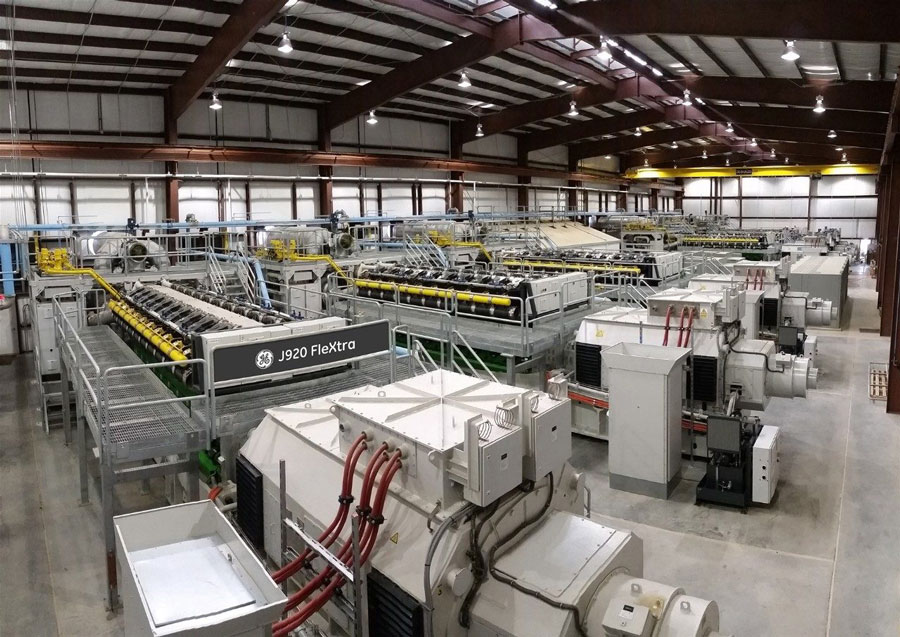 Four gas-fired flexible gen-sets approved to help California through a brutal summer are still online and available to support the state’s grid, according to the latest Department of Water Resources statement.

The California DWR noted that the gen-sets, first approved earlier this summer, are temporary and spread out across several locations in the state. California has been impacted by high temperatures and a drought which brought down hydropower capacity across the western U.S.

Two units each have been temporarily installed at two sites in Northern California: Greenleaf Unit 1, operated by Calpine in Yuba City, and the Roseville Energy Park, operated by Roseville Electric. Each unit can produce up to 30 MW of power, totaling 60 MW of power at each site. The units run on natural gas but can run on a blend of up to 75 percent hydrogen.

“DWR’s expertise as the fourth largest power producer in California allowed us to work quickly with the CEC, the California Independent System Operator, and our regional partners in Yuba City and Roseville to bring these units online,” said DWR Deputy Director for the State Water Project Ted Craddock. “DWR is proud to play a role in safeguarding the state’s energy grid and doing everything possible to avoid power shortages and outages as a result of climate-induced conditions.”

The generators would be deployed under emergency conditions determined by the California Independent System Operator (ISO) under a contingency plan developed in coordination with the CEC and the California Public Utilities Commission. The plan includes a range of measures to address potential energy supply shortfalls, including Flex Alerts, coordination with adjacent balancing authorities, demand reduction strategies, and bringing online new resources such as the temporary generators.

“These temporary generators are an important last resort resource that can be relied on to support electricity reliability across California during grid emergencies,” said CEC Commissioner Siva Gunda. “The state’s energy agencies are committed to ongoing monitoring of these facilities in coordination with DWR and local partners to ensure any impacts are accounted for.”

The four generators are located next to existing power plants operated by Calpine and Roseville Electric. They can be online within five minutes at the direction of the California ISO or the Western Area Power Authority.

The project cost for the four temporary emergency generator units is $196 million which will be paid for through emergency funds. The units will be available until December 31, 2023.