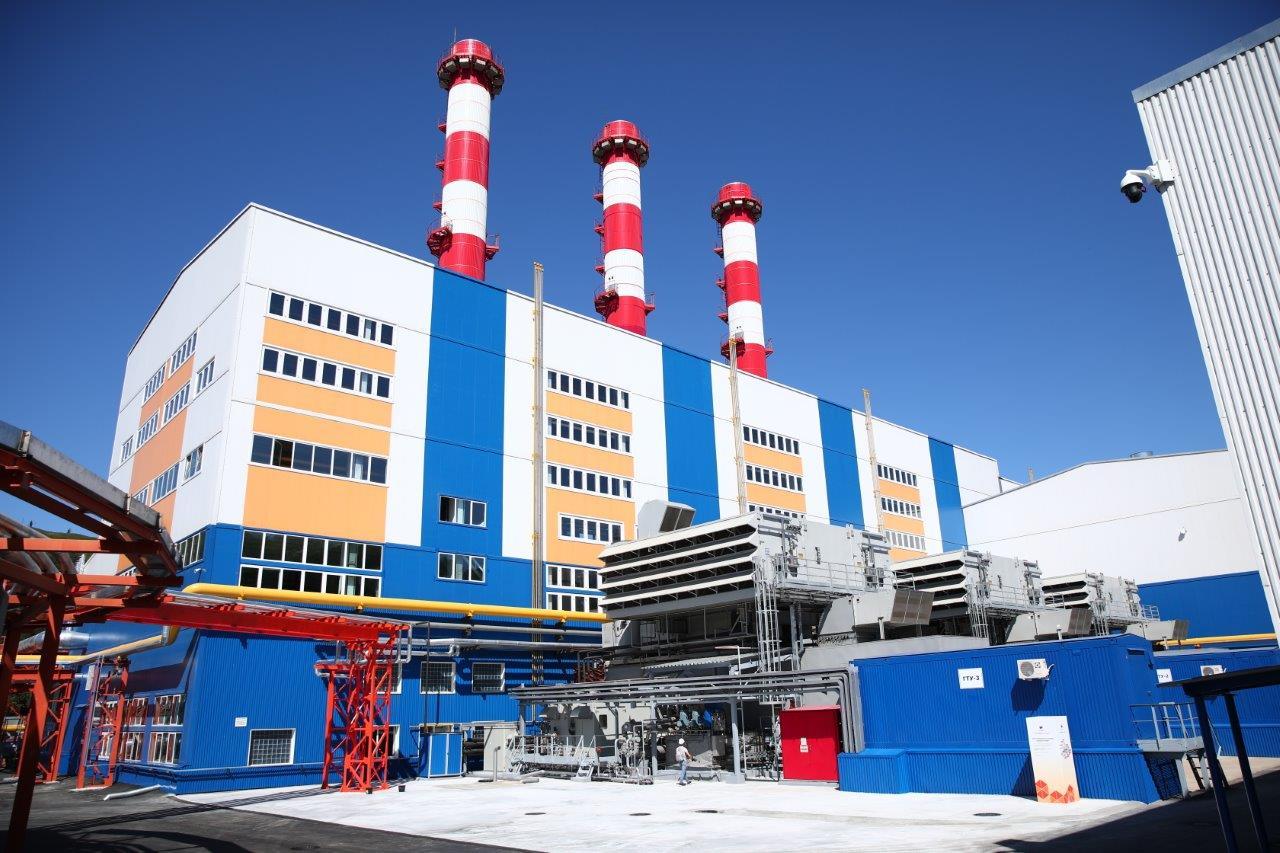 See Letter to Editor about the Story at bottom

Combined heat and power (CHP) plants are not only a preeminent on-site generation resource for industrials and manufacturing, but they also contribute to power reliability and carbon reduction in this era of climate change impact.

What if a zero or low carbon fuel could be scaled up into the mix and make CHP even more emissions friendly and cost efficient? This question was at a center of a webinar this week featuring Siemens Energy, Capstone Turbine, EXERGY Partners and the host Combined Heat & Power Alliance.

Hydrogen is the potential holy grail of carbon-free baseload power generation, not counting nuclear’s C02-free profile. If made economically and infrastructurally feasible, H2-fueled CHP could revolutionize the industry, some experts contend.

“The key message is that hydrogen is that unique generator which can decarbonize all energy sectors,” Nakul Prsad, corporate strategy manager at Siemens Energy and a presenter in the CHP Alliance webcast, said.

Yet no one, including Prasad, believes that goal is simple or fiscally inexpensive. Gas-fired turbines clearly can and have been adapted to burn H2 to generate power, but making it, transporting it, storing it and controlling it are still big ifs in every consideration on the future of electricity.

Hydrogen is “abundant but not freely available,” Prasad said. “It needs to be extracted from natural gas or water.”

The crossroads of carbon reduction and baseload power may rest at the intersection of CHP and H2. Combined heat & power already generates more than 82 GW of electricity annually. It also provides steam, heat or cooling needed in business applications from on-site or adjacent generation stations, thus eliminating line loss from remote transmission and increasing system resiliency for the business in the case of a major grid outage or disruption.

Many turbine manufacturers already are progressing on H2-fired turbines, including Siemens and Capstone. The value proposition is certainly within eyesight, but the journey there needs major investment and probably regulatory and governmental financial aid.

Don Ayers, engineering leader at on-site power manufacturer Capstone Turbine Corp., noted that his company’s “microturbine” machines – which are kind of like small jet engines adapted to generate power and heat for business customers—can already run on a minority percentage of hydrogen. The future challenge is both upping that ratio of H2 to methane gas and getting the carbon-free fuel to the generating plant in the first place.

“There’s not one that is a perfect solution,” Ayers said of the options to meet that challenge. “The question is how do we get these accelerated and into the marketplace?”

Hydrogen is formed two ways—from steam reforming of natural gas or electrolysis (splitting the H2 out of water). In and of itself H2 is carbon free but it also has three colors—grey hydrogen is that which is created out of natural gas and involves significant carbon emissions; blue hydrogen is formed the same way, but the produced carbon is captured; and green hydrogen is produced from electrolysis which ideally would be powered by carbon-free energy resources such as wind, solar or maybe even small modular reactor nuclear.

Lynn Kirshbaum, deputy director of the Combined Heat and Power Alliance and host for the webinar, pointed out that some forecasts call for 18 percent hydrogen in the power generation mix by 2050. The technology advancements could get there but the cost and logistical challenges are formidable.

Much pilot project and R&D work is already underway. Siemens Energy, for instance, is working with Intermountain Power Agency in Utah on an electroyzer system which will create H2, which is then going to stored in salt caverns and ultimately fueling supply for electricity transmitted to Los Angeles.

The company is also working with Duke Energy on a hydrogen-powered CHP project electrifying and heating the Clemson University campus in South Carolina.

Capstone Turbine is working on projects in Australia to determine the viability and efficiency of H2 CHP systems.

POWERGEN+ will highlight H2 in June. Registration is free

Richard Sweetser, founder and president of EXERGY Partners, detail a similar project in Minnesota involving Caterpillar, the National Renewable Energy Laboratory and focused on hydrogen and district heating in the St. Paul area. The baseline factor favoring H2, he said, is that it is carbon-free… and carbon emissions are cumulative so the world must get aggressive on C02 reduction as soon as possible.

With climate change and extreme weather events endangering the nation’s grid, also, critical infrastructure needs on-site power more than ever. CHP and H2 team up well in those areas, Sweetser said, but technology issues are still a barrier at even the most basic level.

“There is a flow issue (with hydrogen in gas turbine operation),” he said. “You need three times the flow of H2 (compared with methane gas) to get the same energy.

“The next issue is combustion,” Sweetser added. “Hydrogen has very rapid combustion…you have to redesign how to inject the fuel into the combustion chamber so you don’t melt the system.”

Hydrogen-fired turbine also create nitrous oxide at a higher ratio than methane gas does, but power generators are gaining expertise at removing NOX from emissions, he said.

The levelized efficiency of energy used to energy created is also a key equation, for this determines the amount of electricity those electrolyzers need. Siemens Energy’s Prasad estimated that an electroyzer plant made by a Siemens startup might require 17 MW to produce 335 kilograms of hydrogen per hour.

To make truly green hydrogen, though, electolyzer plants don’t necessarily have to be sited right next to utility-scale wind or solar generation plants. A truly high-voltage transmission system can help that.

He acknowledged that moving H2 is a challenge in terms of pipelines which currently can carry maybe 5 to 10 percent currently. “Increasing pipeline limits is one of the R&D efforts needed,” Prasad said.

Katie Cullen, a partner at SC Partners who moderated the Q&A panel near the end of CHP Alliance webinar, said government help is needed both to encourage R&D efforts and help the industry gain scale to become less costly. Some kind of production tax credit, similar to those long in place for wind and solar, would be advantageous.

(Editor’s Note: Richard Sweetser, president of EXERGY Partners and a participant in the panel, read the story and wanted to offer his own thoughts in reply. Following is Sweetser’s letter:)

On April 9, 2021 your online article “Marriage of CHP & Hydrogen: Sounds heavenly but expensive & uncertain” reported on a panel discussion by three CHP experts held by the CHP Alliance. Thank you for reporting on the important energy panel. As one of the three panelists I would like to present a different take on the panel presentations.

For example, here are the highlights of my presentation:

1. Properly applied CHP systems are the most efficient fuel-based means of generating electricity today regardless of fuel and this will be the case with hydrogen as well. This translates into reduced emissions and resource conservation.

2. All CHP systems can accept some level of hydrogen mixed with their current fuel today ranging typically between 20 and 30%. A number of technologies can accept 100% hydrogen today, for example, all fuel cells and some reciprocating engines and gas turbines. All CHP prime movers are expected to have 100% hydrogen capability by 2030.

4. Finally, the key thread through all three presentations was that to decarbonize the economy, particularly where reliability and resilience are required and where thermal energy is necessary, properly applied CHP systems must be part of the solution. Assuming that hydrogen becomes part of the decarbonization solution, CHP will be ready and should be at the forefront.

From my perspective, a more appropriate title would have been, “CHP Systems Will Be Ready to Efficiently Use Hydrogen When it is Competitively Available”. If you would like your readers to have a clear picture of this important energy panel discussion, please post this letter coupled with your article.

POWERGEN International is scheduled to return live Jan. 26-28 in Dallas. It will feature a Hydrogen: What’s New and What’s Next track, as well as CHP at the center of a New Energy Mix knowledge hub. The POWERGEN Call for Speakers is now open and seeking session ideas.