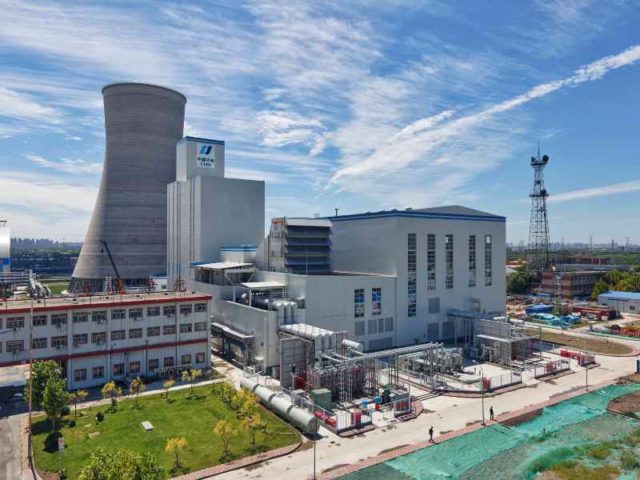 GE has announced the start of commercial operations for the Junliangcheng combined heat and power (CHP) plant in Tianjin City, mainland China.

GE provided the power generation equipment for the new CHP gas power plant that will replace the existing coal-fired power plant (pictured). Following the coal-to-gas transition, the plant is expected to reduce sulfur dioxide (SO2) and NOx emissions by approximately 1,194 and 7,775 tons per year respectively.

Today, the plant provides up to 661MW of electricity, the equivalent output needed to heat and power approximately 100,000 homes in China living in an area of 7 million square meters.

See more of our stories on coal-to-gas conversion projects in the U.S. and worldwide

Read our full coverage of the gas-fired turbine sector

A representative of China Huadian Corporation said: “Coal-to-gas switching is an effective and rapid method to reduce emissions and we are pleased to have selected GE’s highly efficient gas technology for this project… We are sure our combined heat and power plant represents a best practice for modernisation and transition of existing coal-fired power plants in the country.”

In response to China‘s rapid economic and population growth, urbanization, and booming manufacturing industry, the Chinese government has announced its plan to reduce greenhouse gas emissions, confirmed by the recent pledge to have CO2 emissions peak before 2030 and achieve carbon neutrality before 2060.

In addition, to further advance decarbonization utilizing gas power, GE’s H-Class gas turbine portfolio currently has the capability to burn up to 50% by volume of hydrogen when blended with natural gas — offering a future pathway for even lower or near-zero carbon operations.