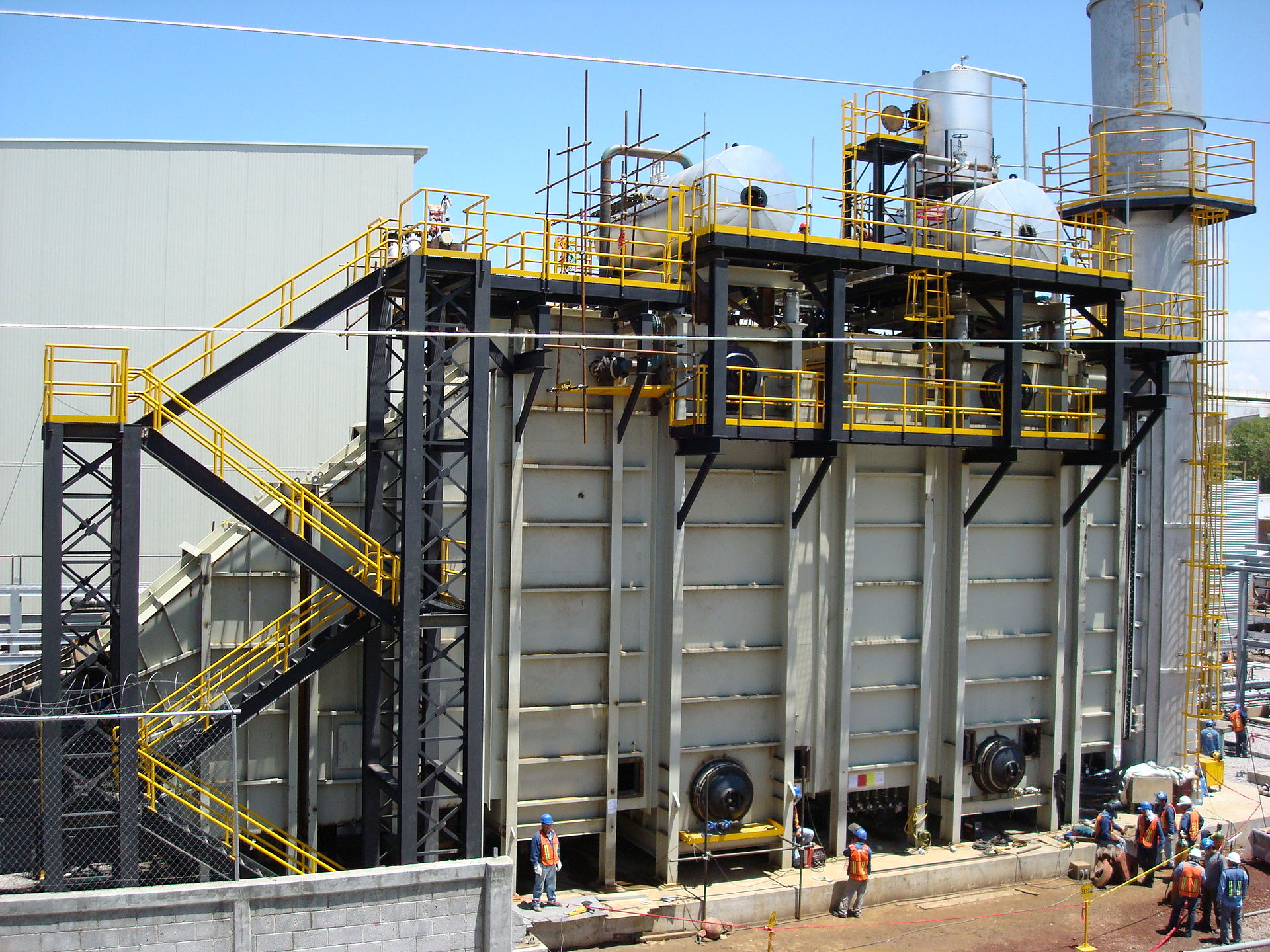 According to reports that continue to appear in trade publications, combined cycle power generation will, for some time, remain an important bridge technology between declining coal-fired power and growing renewable sources.  Additionally, with the expanding evolution of green hydrogen technology, combined cycle power could remain a strong energy source for decades.

However, as is well-known in the industry, many companies attempt to operate combined cycle plants “lean and mean” to keep costs to a minimum.  This can have quite negative consequences, particularly with regard to chemistry control in the plant’s heat recovery steam generators (HRSGs).  There are many examples of equipment failures and shutdowns from water/steam chemistry upsets, in which either lack of training or insufficient staffing allowed problems to develop.

A critical aspect of HRSG chemistry control is monitoring of feedwater conductivity and pH .  Conductivity measurements (particularly cation conductivity, as outlined below) allow detection of contaminant in-leakage that would otherwise cause significant problems in the steam generator.  Additionally, specific and cation conductivity readings can be utilized to accurately calculate feedwater pH.  Steady pH control is important to help mitigate flow-accelerated corrosion (FAC), which has plagued many plants and has even led to several failures of feedwater and economizer piping over the last three decades. [1]  Modern technology allows all of the necessary instruments to be placed on one compact sample panel section, with readings that can then be distributed to the plant control room or any other location in or outside the facility.  The present article examines this technology.

The Importance of Measuring Conductivity

All waters conduct electricity, and the conductance (or alternatively the resistance to electrical flow) is directly related to the dissolved solids concentration.  Specific conductivity (SC) is a general measure of all dissolved ions in a water sample.  For example, completely deionized water has an SC of 0.055 microsiemens (µS) per centimeter (cm), as measured at 25°C. Drinking waters typically have a conductivity of several hundred µS/cm specific conductivity.

Because condensate and feedwater for steam-generating power plants must be quite pure to minimize corrosion and scale formation, makeup water systems are typically designed to produce effluent per the following guidelines:

This water can have an aggressive impact, including the aforementioned flow-accelerated corrosion, on the carbon steel, which typically constitutes feedwater piping, heat exchanger shells, economizer tube bundles, and low-pressure HRSG evaporators.  pH has a large influence on the water’s corrosion potential, as illustrated by the following well-known diagram.

Figure 1.  Influence of temperature and pH on iron dissolution from carbon steel. [2]

For decades, a standard procedure has been feed of ammonia (NH3) to condensate/feedwater to establish a mildly alkaline pH and minimize corrosion.

Ammonia dosing is recommended for most HRSGs to maintain pH25C within a range of 9.6—10.0.  But in the realm of high-purity water chemistry monitoring, two difficulties exist with accurately monitoring this chemistry:

Regarding the first issue, the following table outlines the ammonia concentrations that correlate to the range of pH values common in feedwater systems.

Furthermore, in high-purity water, specific conductivity and pH in ammoniated solutions are directly related on a semi-logarithmic basis. [3]

These relationships allow specific conductivity to be utilized for accurate ammonia feed control.

However, as Table 1 illustrates, at the commonly-recommended feedwater pH range of 9.6—10.0, a significant concentration of ammonia must be maintained in the system.  The influence of ammonia on specific conductivity makes cation conductivity (now referred to as conductivity after cation exchange [CACE]) particularly important.

For CACE analyses, the sample first passes through a hydrogen ion (H+) cation exchange column, whereby all cations (primarily ammonium and trace levels of sodium) are exchanged for H+.  The hydrogen ions then associate with any trace amounts of chloride and sulfate to produce a very dilute acidic solution.  Thus, the influence of ammonia on conductivity is negated, as CACE exclusively monitors the conductivity produced by impurities that enter externally (with one additional possibility as we shall see).  CACE is a primary measurement for contaminants in condensate and steam, and it also serves as the major metric for the required feedwater purity when instituting FAC control programs.  For example, the CACE limit for the common all-volatile treatment oxidizing [AVT(O)] feedwater chemistry program is 0.2 µS/cm.

For this discussion CACE serves another purpose.  The ammonia-SC-pH relationship, combined with CACE data, can be employed to accurately calculate feedwater chemistry conditions for utility steam generators, particularly within the pH range of 8.0—11.5. [4]  Research has shown that in high-purity waters, CACE values are three times higher than SC values.  A set of equations has been developed to provide accurate pH measurements based on SC and CACE readings. [5]  Calculated pH measurements provide higher sensitivity along with a linear response. For example, a change of only 0.3 pH represents a two-fold (100%) change in both concentration and conductivity in cycle chemistry ranges. Linear response of conductivity with changing concentration gives a higher pH sensitivity than what is achieved with the logarithmic response of traditional pH electrodes.

While conductivity readings are very reliable, on-line monitoring with continuous calculation capabilities is generally preferable for the measurements to be effective.  Such technology is available.

Hach offers a sample panel with all the right tools to accurately measure conductivity and calculate pH.

The entire package is contained in a compact space, leaving ample room for other measurements critical to HRSG reliability and performance. [6]

Even though we are highlighting the pH-calculation importance of this system, the cation conductivity readings are also directly utilized to detect impurity ingress from a condenser tube leak or other upset.

However, in both cases, an issue hinted at earlier may come into play.  When turbine exhaust steam is cooled in a steam generator condenser, the intense collapse in volume from vapor to liquid subjects the condenser to a very strong vacuum.  Outside air will be pulled in at even the smallest openings.

Virtually all condensers are equipped with an air-removal system to prevent the gases from accumulating, as air can coat condenser tubes and cause serious heat transfer degradation.  Carbon dioxide (CO2), which reacts with condensate, is included in any air that leaks into the condenser.  The resulting bicarbonate alkalinity (HCO3–), although typically of low concentration, may still have a noticeable impact on conductivity, including CACE.  Therefore, a system such as that shown in Figure 3 may need an upgrade to degasified CACE, where the sample is sent through a reboiler or nitrogen purge chamber to drive off the CO2.  Thus, CACE is often representative of chloride and sulfate impurities without other influences, and an increase in CACE generally indicates impurity ingress, most probably from a condenser tube leak.  Of course, a well-designed sampling system will ideally also include trace sodium analyzers, as sodium is a common ion in virtually all cooling water.

Degasified CACE often has significant importance for steam sampling, as many turbine manufacturers have for years selected CACE as the measurement for steam purity during turbine startup and commissioning.  A common limit for startup has been the familiar 0.2 µS/cm, but any CO2 in the steam can bump that value higher.  Degasified CACE mitigates that issue.

Modern technology allows for precise monitoring and control of steam generator chemistry, including that of condensate/feedwater systems.  pH control is critical to helping minimize FAC.  Iron monitoring is also important, and was addressed by the authors in a previous Power Engineering article. [7]  Truly effective FAC control chemistry will consistently maintain condensate and feedwater total iron concentrations below 2 ppb.

About the authors: Brad Buecker is Senior Technical Publicist with ChemTreat.  He has four decades of experience in or affiliated with the power industry, much of it in steam generation chemistry, water treatment, air quality control, and results engineering positions with City Water, Light & Power (Springfield, Illinois) and Kansas City Power & Light Company’s (now Evergy) La Cygne, Kansas station.  He also spent two years as acting water/wastewater supervisor at a chemical plant.  Buecker has a B.S. in chemistry from Iowa State University with additional coursework in fluid mechanics, energy and materials balances, and advanced inorganic chemistry.  He is a member of the ACS, AIChE, AIST, ASME, NACE, the Electric Utility Chemistry Workshop planning committee, the International Water Conference Advisory Committee, and the Power-Gen planning committee.  He may be reached at bradley.buecker@chemtreat.com.

Ken Kuruc (B.S., Chemistry, John Carroll University, Cleveland, OH, USA) has been active in the power industry for over 25 years. In his current role, Ken provides technical support on all aspects of water quality monitoring for fossil power generation sites across the USA. He has co-authored articles that have appeared in various power industry publications and has presented at numerous utility and water chemistry conferences, including the International Water Conference, where he was awarded the 2019 Paul Cohen Award.