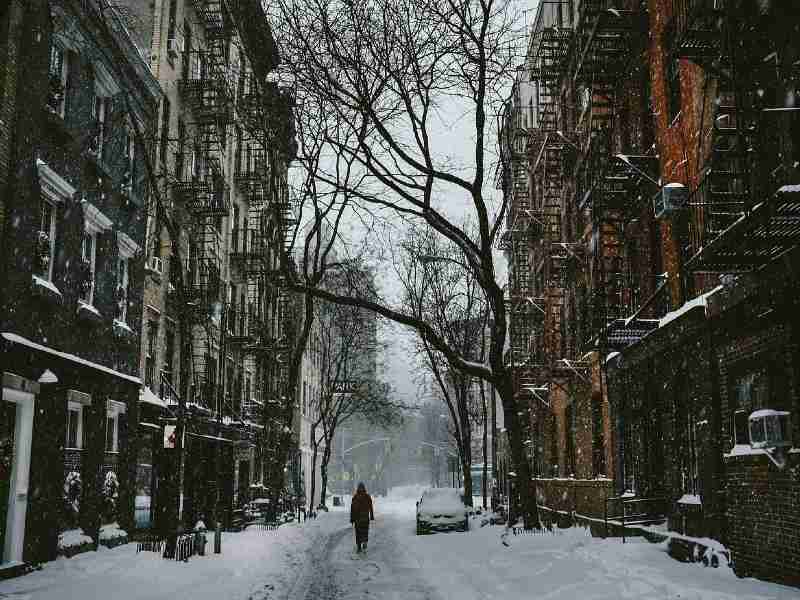 The hottest news this week is about, you guessed it, the weather. Although talking about the weather is normally reserved for water cooler conversations, this week’s debates have heated up about the world’s shift away from fossil fuels, an argument centred around the frigid temperatures that have wreaked havoc from Turkey to Texas.

Let’s start in the USA. It’s the first time in 17 years that such a large portion of the US has been covered with snow and rolling blackouts have meant many have been without power, exposed to freezing temperatures. Utilities are struggling to keep the power on as wind turbines have frozen and natural gas flow was impeded from frozen pipes. According to USA Today: “In Texas, more than 1.6 million homes and businesses remained without power late Wednesday night, and some also lost water service”.

As is the case in many emergency situations, folks are looking for someone or something to blame. This time, the focus is on failing renewables – like the frozen turbines – with people questioning the shift from coal and natural gas, viewing it as unwise and risking baseload reliability.

The blame has fueled an energy debate that has quickly turned political with some highlighting the left’s war on fossil fuels and renewable energy mandates that require 20-30% of a state’s power supply to come from wind and solar power, as pushing the grid to the brink. Adding fuel to the controversial fire is that during this cold period, coal was producing roughly 41,000MW of electricity; natural gas provided 22,000MW; and wind and solar roughly 3,000MW — or about 4% of the power, according to The Hill.

The situation is indeed dire. Rod Walton, Content Director for Power Engineering, writes: “Texas Gov. Greg Abbott, a Republican, has called the ERCOT handling of power circulation “unacceptable” and is pushing for reform of the non-profit system operator. Texas has experienced rolling and sustained blackouts as temperatures plunged to near or below zero and the state’s nation-leading wind turbine capacity was stilled due to the freeze. Natural gas distribution also was impeded by the weather. In declaring this item an emergency, the governor is calling on the legislature to investigate ERCOT and ensure Texans never again experience power outages on this scale…”

The situation has led to both the Federal Energy Regulatory Commission and the North American Electric Reliability Corp. announcing a joint inquiry into the operations of the bulk power system during the extreme weather conditions this month in the midwest and south.

According to Sky News, this month has been the coldest February in Germany since 2012. France saw blowtorches applied to the Eiffel Tower to melt the ice, while icicles covered a jetty on the frozen IJsselmeer Sea north of Amsterdam. And in Greece, temperatures reached as low as -19 degrees Celsius (-2.2 F) with parts of Athens left without electricity as fallen trees cut power supplies.

Germany experienced freezing temperatures caused by Storm Darcy this past week, which saw the German Weather Service issue an extreme weather warning, saying emergency crews needed to be on standby due to the “extraordinary onset of winter.”

Millions of solar panels were blanketed with snow and 30,000+ wind turbines stood idle due to a lack of wind in Germany. The intermittency of renewable supply had the locals looking for coal power like there was no tomorrow.

In response to the situation, European wholesale electricity prices have risen sharply due to forecasts of relatively weak German wind power supply, and lower nuclear availability in France due to unplanned maintenance caused by the weather.

Europe’s chilly start to winter has left many asking the same question that is being asked in the US; have we moved too quickly to weather-dependent renewable energy, shutting down grid stabilizing coal and nuclear plants?

A balanced argument and a balanced grid

It seems the extreme weather has led to some extreme views been expressed by many, from policymakers to those shivering in their cars with the engines running.

It’s understandable that people become frustrated and concerned when the lights go off, however, it’s vital to minimize misinformation and understand that these are indeed extreme weather events, out of the ordinary situations that our grids are not equipped to cope with.

The truth is that not all turbines freeze in winter. Interesting Engineering states that “cold weather kits can keep [wind turbines] operating when temperatures plunge,” said Spokesman Samuel Brock of the American Clean Power Association to Forbes.

I suggest we look at the problem holistically. Extreme weather is becoming more frequent and utilities, policymakers, and engineers need to consider this when planning demand and tackling grid resilience strategies. It’s easier said than done as firstly, power grids are complex machines with many moving parts, and secondly, human beings suffer from Normalcy Bias, a bias that prevents us from conjuring worst-case scenarios. However, as the climate changes, so too should our infrastructure change to become hardier. This will naturally happen on the larger grid however, I suspect we will see this take place on a consumer level too, as people consider becoming prosumers or even contemplate complete grid defection.

In a nutshell, the focus should be less on political bias and more on what can be done to ensure we are more prepared for the next weather event. Let’s ratchet up our risk mitigation plans a few notches, let’s install those cold weather kits, even in Texas, as we just don’t know what tomorrow holds.

Rod Walton puts it like this: “…supply scenarios don’t turn on a dime. Utilities must plan ahead and spend millions in capital to meet the demand they forecast way out ahead. Why does a grocery store run out of bread and toilet paper? Because they plan their inventories way out in front, then a virus or an election or just some rumor about Revelations unfolding happens, and fearful residents buy up and hoard. Thus, the shortages. And this cold streak is an unprecedented event, so it puts an unforeseen strain on the grid. It is not the utility’s fault, nor any particular power resource such as coal, nuclear, gas, wind or solar. It’s just economics, plus human behaviour.

“We need it all — fossil, nuclear and other zero-carbon resources. Carbon emissions and climate impact are real. Balance is key. Politics are not.”