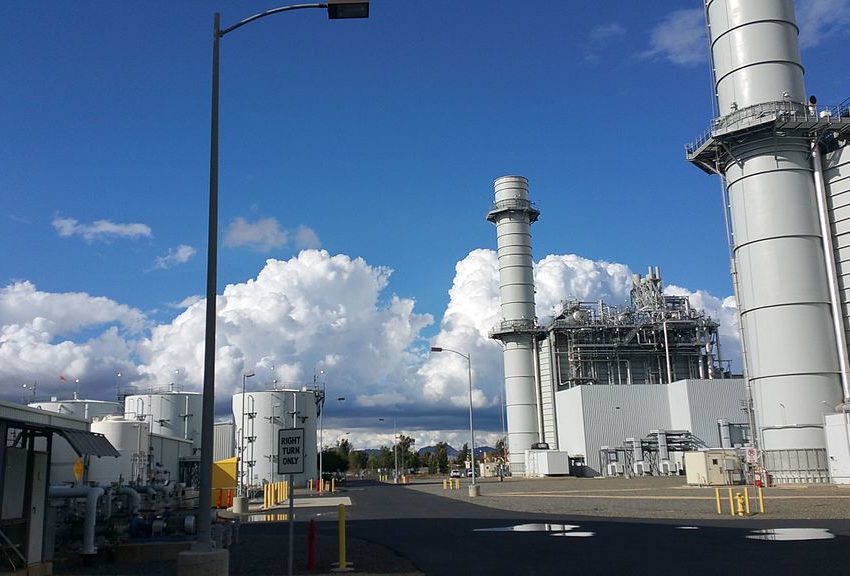 General Electric will demolish the 750 MW Inland Empire Energy Center (IEEC) in California that has 20 years remaining in its useful life. With solar and wind dominating the grid, the plant has been deemed uneconomical after operating well below capacity for several years. The site will be used for a new battery storage facility.

Good news in terms of a zero-carbon future, right? Maybe not. A rush to retire such units may impair the ability of the grid to accept more solar and wind resources in the future. Why? It’s all about a factor known as grid inertia.

A power network without inertia is one that is unstable, suffers from issues of power quality and is susceptible to blackouts. The primary mechanism for providing inertia is via the presence of heavy rotating equipment such as steam turbines and gas turbines driving generators and rotating generators.

Efforts to decommission such equipment and replace them with renewable resources, while well intended, could inadvertently hamper the creation of the robust and reliable renewable grid of the future. Additionally, failure to invest in aging turbomachinery in an effort to achieve environmental targets could backfire. Operators could be forced to continue to operate dirty generating resources to provide grid stability and inertia when a small upgrade could greatly reduce emissions and improve the overall resilience of a renewable-focused power network.

Sir Isaac Newton noted that unless acted upon by an external force, an object at rest remains at rest and an object in motion continues to move in a straight line with constant speed. Another way to state this might be resistance to change.

In an electric system, the energy contained in generators and motors at power stations and industrial facilities provides inertia as they rotate at the same frequency as the electricity grid. This effectively acts as a buffer against rapid change. If demand for power spikes, the frequency of the grid tends to decrease. Having a lot of rotating mass on the grid acts like a shock absorber and slows the rate of change.

“When inertia decreases, sudden changes in frequency caused by a change in electricity consumption or production are faster and larger,” said Minna Laasonen, senior advisor at Fingrid, the transmission operator in Finland.  “This means that it is more difficult to keep the frequency within its normal range of variation.”

What’s the big deal? A surge of renewables onto a grid without sufficient rotating mass could cause serious problems: power being cut in certain areas in an effort to bring demand back in line with supply; and large power plants getting disconnected from the grid to prevent them becoming overloaded.

The key to understanding this is frequency i.e. the speed of the grid. Some parts of the world such as the U.S. operate at a frequency of 60 Hz. Other parts operate at 50 Hz. Taking a simplified view of things, this is a measure of how fast electrons are moving along an alternating current wire. 60 times a second (60 Hz) or fifty times a second (50 Hz) is the frequency of the grid. If it rises too much above or below that, trouble results.

Looking on a smaller scale, household fuses and circuit breakers are there to prevent a frequency overload. Operate too many appliances, devices and gadgets on one circuit and everything is shut down. This prevents damage to equipment and wiring.

It’s the same on a power network. If everyone turns on their energy hungry devices (air conditioning, heating, etc.) at the same time, frequency drops. If there’s more supply than demand, frequency rises. System operators, then, are engaged in a constant frequency balancing act. In extreme cases, utilities lighten the load to avoid damaging grid equipment by disconnecting neighborhoods. This remedial step might keep rest of the network in operation. But those in the disconnected area have to go without power. This is known as load shedding.

You can also get a domino effect. If frequency goes out of control, one part of the system has to shut down. This causes severe strain on the rest of the network. If not dealt with, cascading outages lead to a major blackout such as that experienced in the Northeast of the U.S. in 2003. 60 million people ended up without electricity. In the summer of 2019, major blackouts in New York City and the U.K. further emphasize the need for greater grid resilience.

Donald Chamberlin, a retired electrical engineer who worked for a utility in New England for 42 years, explained some of the drawbacks in how the grid is evolving. If power is mainly coming from solar panels and wind farms, and local generating facilities are taken off line, it certainly lowers emissions. But it also removes the necessary sources of reactive power.

Electricity is a complex subject. And one of the more obscure aspects is the difference between real and reactive power. Real power (or effective power) delivers energy from the generation source to the load and is measured in volts, amps and watts.

Another factor is that reactive power does not travel as far as real power. When the generator is near the load, the same power generators that supply real current can supply reactive current. Long transmission lines operating at heavy loads consume VArs. This leads to conductor heating and voltages falling.

Reactive power devices, then, must be placed nearer the load to correct the power factor and avoid damage to equipment. Low voltage can cause electric system instability or collapse, damage to motors and the failure of electronic equipment. High voltage can exceed the insulation capabilities of equipment and cause dangerous electric arcs.

A variety of technologies are used to stabilize voltage and prevent its decay or collapse. These include:

Capacitor banks can supply reactive power when needed, but cannot absorb it. This means they can supply lagging VArs only. This limits their role in voltage regulation. One advantage is that they are relatively inexpensive and easy to maintain.

Static VAr compensators are really higher-tech capacitors; i.e. they are electronically switched with instantly acting solid-state devices. They experience severe output reduction under depressed voltage conditions since their output is a function of the square of the voltage at their terminals. Capacitors and Static VAr compensators should always play a role in grid stability but they are not enough.

The term “condenser” is applied to rotating machines that only supply reactive current. Unlike capacitors and static VAr compensators, synchronous condensers are dynamic sources as their output can change quickly to match reactive power need. Since condensers are large rotating generators, they add stored energy in the form of inertia to the electric system. This property is useful in handling transient conditions such as temporary short circuits and momentary disruptions. This inertia is especially useful for low inertia power sources such as photovoltaic cells and wind turbines.

Another advantage to using generators on the grid is that they can be adapted to produce both reactive and real power as needed. If the generator is needed suddenly for peaking power, it can provide it rapidly. Otherwise, it is used to maintain the proper voltage by supplying reactive power. Most generators already have automatic voltage regulators that cause the reactive power output to increase or decrease to control voltages: putting lagging VArs onto the system under conditions of low voltage/heavy load and absorbing leading VArs under conditions of high voltage/light load.

The ability to switch from peaking generator to synchronous condenser is achieved by placing a synchronous self-shifting (SSS) clutch between the turbine and generator. When the power turbine is shut down, the clutch automatically disengages once the generator is synchronized with the grid.

“With the introduction of large-scale wind farms whose power output can vary widely, it is important to react quickly to changing conditions,” said Chamberlin. “Wind turbine generators are built to be lightweight with low inertia, adding to the need for the inertial properties of synchronous condensers.”

With wind and solar flooding onto the grid, and coal and natural gas power plants retirements being announced on a regular basis, there is a desire to decommission these units as rapidly as possible. As a symbol of a new era, it may seem prudent to flatten aging plants and erect battery storage facilities in their place, as is being proposed in California. Yet such a strategy may be short-sighted.

The grid must be stable and controllable. The rush to add more wind and solar without accounting for reactive power resources lowers grid resilience. Retired generators and rarely used peaking units can each supply hundreds of MegaVArs. Since they have already been paid for, capital costs are negligible compared to the expense of adding static VAr compensators.

When plans are being drawn up to close aging or poorly utilized facilities, therefore, it may be wise to evaluate the benefit of using its assets for synchronous condensing. If the equipment doesn’t include a clutch, it can be retrofitted at low cost.

About the author: Archie Robb is a writer based in Southern California who specializes in business and technology.