More
Home O&M Op-ed: Energy utilities must do more to hire veterans and give them...
Facebook
Twitter
Linkedin 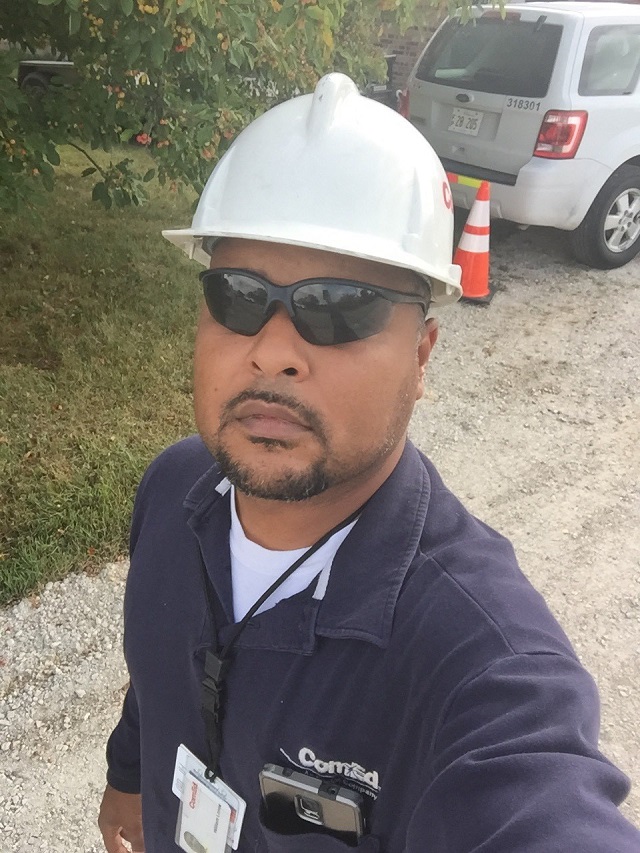 He applied for many jobs, but none seemed a good fit for the expertise he’d developed in the military. Even when a recruiter from ComEd, an Exelon company, called him to discuss a supervisor’s position at a Chicago-land transmission substation, Lones challenged the offer.

“I thought they might have misread my resumé,” Lones (pictured) remembered. “But the recruiter said, ‘No. You’re a leader of people and that’s what we’re looking for.’”

These are just some of the qualities that our nation’s veterans bring to the workforce when they return from active duty, and only a few of the reasons why ComEd hired – and has since promoted – Lones, nearly 15 years ago.

The Center for Energy Workforce Development (CEWD) projects that in the next 10 years, 44 percent of the energy industry’s skilled craft workers and engineers may need to be replaced, because of retirement and other attrition. That means the country will need thousands of engineers, technicians, lineworkers, plant operators and pipefitters for jobs in traditional energy industries – as well as workers for other jobs new to the market because of changing technologies.

Where will the energy industry – which is undergoing an unprecedented transition – find the highly skilled workers it needs to give customers the clean energy services and solutions they’re clamoring for?

One place to look is at the pool of returning veterans.

Exelon companies believe in hiring men and women who have served in the military; they exemplify the leadership, teamwork, integrity and commitment to excellence the energy industry needs. Exelon utilities such as ComEd actively recruit veterans to work in the various careers the industry offers, with great success.

But there are challenges. Many veterans leaving active duty have no idea that there are jobs in the energy sector, nor that their skills and core competencies would be a good match. Too many exit fulfilling military careers and take any job they can find, making underemployment among veterans a major focus of CEWD’s Troops to Energy Jobs initiative, which aims to connect companies with the self-motivated, safety-conscious, technically inclined workers the military produces.

Through the work of the CEWD initiative, we know that it’s not just that veterans are unaware of the rewarding career paths they could choose in the energy industry, but also that many companies don’t do enough to pursue them. They don’t ensure that listings clearly indicate how job duties translate well with military occupational specialties. They don’t participate in databases set up to connect companies with veteran jobseekers. They don’t take that extra step to assure veterans – unclear about where they fit in the energy sector – that they’ll have the support they need in the civilian workforce.

When Lones arrived at the ComEd substation, Exelon leaders paired him with a mentor, a retired Army Sgt. Major with five years’ experience at the company, and connected him to an employee resource group for veterans that has 2,300 members across the country. That, coupled with his well-defined leadership and subject matter skills, kept Lones buoyed through initial learning curves and unfamiliarity.

“It was a hard decision to leave the military, especially not knowing where I was going,” says Lones, now a regional manager, substation construction for ComEd’s northern region. “But for me, it was just a matter of being given the tools for success. Once you get us in the door, we’re going to take it and run with it.”

The energy transition is upon us. As energy markets around the world move from fossil-based to zero-carbon ways of powering homes, businesses, transportation and communities, we will need more William Loneses to help us get there.

Nearly 200,000 active duty personnel will leave military careers annually over the next 25 years. It is incumbent upon business leaders to find a way to attract more of those skilled workers to this rapidly changing sector and retain them once they get here. The Troops to Energy Jobs initiative outlines clear ways companies can partner to pull more veterans into the energy workforce pipeline. And Exelon companies have been recognized by leaders in the industry for excellence in this effort.

But we all can do more.

In fact, we have to do more to get veterans in the door, give them the tools for success and help them “run with it” to achieve a cleaner, safer energy future for us all.