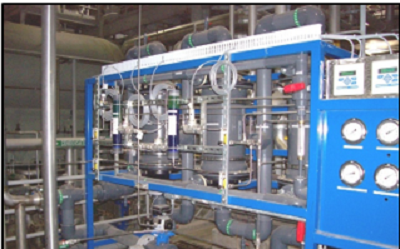 As coal-fired power plants are being retired as a result of environmental and economic factors, the primary bridge technology to fill power generation voids has been combined cycle power production.

For those new to the industry, the combustion turbines of a combined cycle plant function on the Brayton thermodynamic cycle, while the heat recovery steam generators (with steam produced by exhaust heat from the gas turbine) operate on the classic Rankine cycle.  Net efficiencies of modern combined cycle units now reach or exceed 60 percent, which is significantly higher than even the most advanced supercritical coal units.  Logic suggests that plants with such high efficiencies would normally be base loaded, but that is generally not the case.  Load swings associated with renewable technology operation require most combined cycle power plants to cycle regularly in load.

Any time a unit comes offline, the potential for air ingress may exist at the small openings within the water/steam network.  Oxygen can then attack in localized areas and cause serious damage to tubing, piping, and other components.  Oxygen corrosion may be particularly problematic if a unit cools significantly before the next operating phase.  Compounding this issue, corrosion products can dislodge upon startup and travel to the steam generator, where they precipitate on boiler tubes.  Porous iron oxide product deposition reduces heat transfer and can establish sites for under-deposit corrosion.  Unfortunately, plant management at both dedicated power plants and co-generation facilities often underestimate the severity of off-line corrosion and the need for well-designed layup procedures.

From an early stage, the staff at Lincoln Electric System’s (LES) Terry Bundy combined cycle plant in Lincoln, Nebraska recognized that proper layup was important to maintain the integrity of the twin combined cycle units.  This article outlines the layup methods the staff implemented, and the excellent protection the technologies have provided over the last decade-plus.  These lessons will also be applicable for hydrogen-fueled combined cycle plants, whose emergence offers interesting promise.

Power at the Terry Bundy plant is produced by two GE LM 6000 combustion turbines (47 MW maximum output per CT) and two Nooter-Eriksen dual-pressure HRSGs (no reheat) that feed a 26-MW steam turbine.  The plant also includes a stand-alone simple cycle turbine, also with a 47-MW output capacity.  These units regularly cycle on and off, frequently on a daily basis, during the summer.  At other times of the year, the units may be off for several weeks but need to be available for dispatch on short notice.

Shortly after the units were commissioned in the mid-2000s, the plant staff converted the HRSG feedwater chemistry program from all-volatile treatment reducing [AVT(R)] to all-volatile treatment oxidizing [AVT(O)] to minimize the potential for flow-accelerated corrosion (FAC) in the condensate/feedwater network.  Per AVT(O) guidelines, reducing agent/oxygen scavenger feed is eliminated and ammonia (or possibly an ammonia/amine blend) is utilized for feedwater treatment to maintain pH within a mid- to upper-9 range.  The small amount of dissolved oxygen that (normally) enters the feedwater via condenser air in-leakage is allowed to remain, as this chemistry in high-purity feedwater (≤0.2 mS/cm cation conductivity) induces formation of a tight a-hematite boundary layer on carbon steel.

Figure 1.  The deep red a-hematite layer on the internals of the Terry Bundy HRSGs.

When plant personnel switched feedwater chemistry from AVT(R) to AVT(O), concerns were raised because the change eliminated the oxygen scavenger feed.  Generally speaking, unless the feedwater system contains copper alloys (virtually unknown in HRSGs), AVT(R) is not recommended, as the reducing agent may increase the risk of flow-accelerated corrosion. [1, 2]  Previously, when oxygen scavenger use was considered de rigueur in all systems, a common short-term wet layup procedure was to maintain, or perhaps even increase, the reducing agent concentration at shutdown.  However, many treatment programs now follow the principle summarized in reference 3: “Maintain [the] same oxidation/reduction potential during wet layup as operation.”  That principle suggests that if a unit is on AVT(O) during normal operation, do not switch to reducing conditions for wet layup.  Doing so can cause a shift back and forth between an environment that promotes the a-hematite oxide layer and then, at shutdown, a magnetite (Fe3O4) layer.  It can be difficult to establish a stable oxide layer in these conditions, and spalling of the protective layer and subsequent transport of corrosion products to the steam generators is possible.  However, in the early days of unit operation at Terry Bundy, off-line oxygen pitting was an issue.

Figure 2.  Oxygen pitting in one of the high-pressure evaporator drums during early operation of the units.

So, plant personnel needed solutions that continued to allow AVT(O) for normal operation with corrosion protection during the frequent downtimes.

We will now examine aspects of each of these systems in greater detail.

Research and experience have shown that introducing nitrogen at key locations within steam generator circuits before the pressure has totally decayed can minimize air ingress.  Then, as the water continues to cool, only nitrogen fills the void spaces, not air.  Key points for nitrogen protection include the evaporator, economizer, and feedwater circuits.  At Terry Bundy, installation of water recirculation systems provided good locations for the nitrogen injection ports, as will be described in the next section.  An issue that should always be addressed with nitrogen blanketing systems is how best to generate and store nitrogen.  One method is via nitrogen bottles provided by a local gas-supply or welding firm.  Liquid nitrogen is another possibility.  LES personnel selected a third method: nitrogen generation via a pressure-swing adsorption (PSA) system.

The process utilizes a carbon molecular sieve, which, when compressed air is introduced at high pressure, adsorbs oxygen, carbon dioxide, and water vapor but allows nitrogen to pass through.  The nitrogen is collected in a receiver for use as needed.  At a pre-selected interval, pressure is released from the unit allowing O2, CO2, and H2O to desorb from the material and be vented to the atmosphere.  The table below outlines nitrogen purity from this system as a function of production rate.

The blanketing system applies nitrogen at a pressure of 5 psig to the HRSG circuits during wet layups.  The system is also utilized to push water from an HRSG during draining for dry layup.

An obvious major concern with nitrogen blanketing involves safety, and the technique is definitely not universally adopted.  Elemental nitrogen is not poisonous, as it constitutes 78 percent by volume of our atmosphere.  However, an individual who enters a confined space where nitrogen has not been purged may pass out almost instantaneously because of the lack of oxygen.  Death can occur within minutes.  So, appropriate safety procedures including rigorous confined space entry procedures need to be employed.

Both HRSGs are equipped with dual water recirculation systems (for the high- and low-pressure circuits) that are activated at unit shutdown to keep water moving through various circuits.  In the high-pressure circuit, water flows to the boiler feedwater pump discharge lines and from there to the economizer, the evaporator drum, the evaporator waterwall tubes, and is then returned to the circulation pump through the evaporator drains.  The network includes two nitrogen injection ports and one ammonia injection port to ensure that pH can be maintained in the upper-9 range that minimizes general corrosion.  The low-pressure (LP) recirculation loop protects the LP preheater and evaporator.  It has one nitrogen and one ammonia injection port.

Even without nitrogen blanketing, recirculation systems can be quite beneficial.  Years ago, at one of author Buecker’s former utilities, off-line corrosion was a serious issue in two, small coal-fired cyclone boilers.  Plant management was hesitant about nitrogen blanketing for safety reasons, so the author and colleagues installed a layup recirculation system on each unit.  Both units operated on AVT(R) chemistry because of the presence of feedwater heaters with copper-alloy tubes, and the plant chemists refined layup chemistry to maintain proper pH and reducing agent concentrations during shutdowns.  The systems proved to be very beneficial in reducing off-line corrosion.

Quite often, demineralized water is stored in atmospherically-vented tanks.  Thus, oxygen-laden water may enter the steam generator during normal operation and, even more critically, during boiler fillings.  In the latter case, the influx of cold, oxygen-saturated water can cause significant corrosion.  Terry Bundy personnel selected yet another gas transfer membrane technology to treat condensate return and makeup water.

The process is in some ways similar to the nitrogen production process outlined above, but in this case the carrier fluid is water.  The water flows along hollow-fiber membranes in the vessel, the gases pass through the membrane walls, but the water is rejected.  The technology can reduce dissolved oxygen concentrations to less than 10 ppb.

Over many years, author Buecker has seen numerous instances where the condenser hotwell of units down for outage was open to the atmosphere or even allowed to contain standing water.  The combination of a moisture-laden atmosphere and the (seemingly minor) salt deposits that collect on LP turbine blades during normal operation can be quite damaging.  Pitting, stress corrosion cracking, and corrosion fatigue are all harmful mechanisms that can occur, potentially to the point of blade failure, while the turbine is in operation.

A practical method to combat this corrosion issue, and one that has been adopted at Terry Bundy, is dehumidified air (DHA) circulation to the LP turbine and condenser during all but short-term layups.

The Terry Bundy system is capable of providing 700 standard cubic feet per minute (SCFM) of 100°F air at 10 percent humidity.  Air is injected at the shell of the LP turbine and is then recovered from connections at the condenser hotwell and returned to the DHA unit.  The system includes piping to operate in a once-through mode if needed.

The performance of the various systems at Terry Bundy over the years has been excellent.  The oxygen pitting observed during early operation of the units has disappeared.  Iron concentrations in the condensate pump discharge and HRSG drums have been greatly reduced.  Quick startups are now normal, and units can be left in wet layup for extended periods, saving the plant six hours (vs dry layup) to reach full load per a dispatching call.

Unit cycling has the potential to induce significant off-line corrosion in power and industrial steam generators.  A number of straightforward and proven methods are available to minimize this corrosion and protect the units.  The authors can be contacted by e-mail with any questions you may have regarding this information.

(Brad Buecker is a regular contributor to Power Engineering. Here are more of his stories on O&M and water chemistry within power plants).