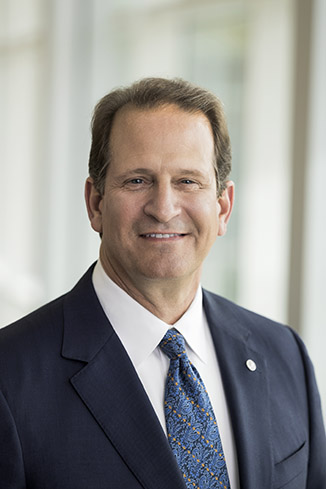 Power infrastructure firm Fluor Corp.’s CEO David Seaton has stepped down suddenly from his position and also is off the company’s board of directors, effective immediately.

Seaton, however, will stay with the company through its leadership transition, according to the announcement. The release did not say why Seaton was leaving the company he was worked for 34 years and led since 2011.

“I want to thank David for his 34 years of service and dedication to Fluor,” Carlos M. Hernandez, the Fluor chief legal officer who was named interim CEO. “He led significant transformation of the company including the rebuilding of our self-perform construction capabilities, implemented our integrated solutions model and initiated our data centric execution approach.”

Alan L. Boeckmann has been named executive chairman of the board. The company will look for a permanent CEO to replace Seaton.

“The board has great confidence in Carlos,” said Boeckmann. “We trust that he will provide the needed direction for the company and build upon Fluor’s leadership position in the marketplace.”

Boeckmann recently rejoined Fluor’s board of directors after retiring in 2012. Originally joining Fluor in 1974, he held many positions across the company prior to becoming chairman and chief executive officer from 2002 to 2011. He currently serves on the boards of BP, Sempra Energy and Archer Daniels Midland, but is stepping down from the BP board this month.

Hernandez has been chief legal officer and secretary of Fluor Corporation since 2007. Prior to joining the company, he was general counsel and secretary of ArcelorMittal USA, Inc. from 2005 to 2007.

Fluor is an Irving, Texas-based engineering, procurement and construction firm with a global array of projects in the electrical power and energy sectors. It was built power plants in the U.S., Canada, Philippines and Mexico, among other nations.

The company announced a $58 million net loss for its first quarter in an earnings report Thursday, compared to an $18 million net loss in the same period last year. Fluor, however, did note $3.4 billion in new awards, including $1 billion worth of coming projects within its energy and chemicals division.