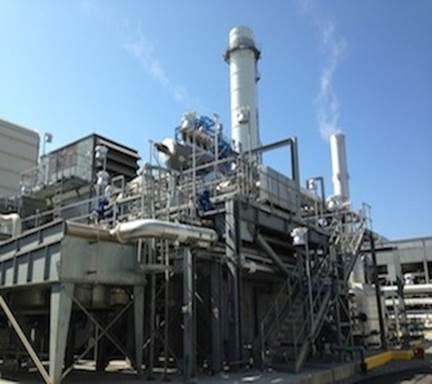 Economic and other factors have had a large influence on the movement away from coal to other energy sources.  One of these influences was the rapid growth of hydraulic fracturing (“fracking”) that made large quantities of inexpensive natural gas and oil available.  Another factor was an increased understanding that fossil fuels, and particularly natural gas, can be utilized more efficiently in co-generation and combined cycle applications than can ever be done with conventional steam-to-power generation.

This article provides an overview of important thermodynamic principles behind the evolution from conventional to co-gen and combined cycle steam production for power and energy supply.  Following the many difficulties induced by the February cold wave in the southern U.S., there have been more calls for microgrid evolution.  Many of these microgrids could be powered by co-gen systems.

One of the foundations of classical thermodynamics is the Carnot Cycle.  It was named after the pioneer of the science, French engineer Sadi Carnot.  Two key aspects of the Carnot Cycle are summarized below:

The latter statement is graphically represented below.

Energy from the high-temperature source (TH) produces work in an engine, with some heat exhausted to the low-temperature reservoir (TL).  In this ideal system, mathematical analysis shows that the net efficiency (n) is related to the high and low temperatures by the following equation.

Even though no real-world system is ideal, this equation still has major importance for many processes.

Now, compare Figure 1 with that of a very basic steam generator-turbine.

The high-temperature source is the boiler (QB), the engine is the turbine (WT), and the low-temperature reservoir is the condenser, with heat transferred to the cooling water (QC).  Compared to the boiler and turbine, only a small amount of energy is required by the feedwater pump to boost the condensate pressure.

An important item to note is that much of the heat generated in the boiler converts water to steam.  This is the latent heat of vaporization.

Ever since steam engines were first developed, engineers and researchers have been devising methods to improve efficiency; most of these methods are directly related to Equation 1 above.  For conventional steam generators, such as the coal-fired units that were so prominent in the 20th century, the following schematic helps illustrate this evolution.

Note the complex configuration of this design as compared to the basic layout in Figure 1.  Major points of thermodynamic emphasis include:

Steam exiting the drum is at a saturated state, and would quickly begin to condense without further heating.  Some industrial processes are designed for saturated steam, with direct steam condensation on tube bundles or in steam jackets, or perhaps even direct steam injection.  Such designs recover the latent heat imparted to the steam in the boiler, and are thus thermodynamically quite efficient, a point to which we will return.  For other applications, particularly those in which the steam drives a turbine, early condensation can be problematic.  A general rule of thumb for power turbines is a moisture limit of 10% at the last rows of the low-pressure turbine.  Anything greater can cause serious blade erosion and damage.

Accordingly, all power steam generators and many boilers at industrial plants are equipped with superheaters, and, for power units, typically reheat superheaters as well.  Consider a common coal plant design from last century, with a boiler pressure of 2,400 psi and a superheated steam temperature of 1,000°F. [2] The saturated steam temperature is 662°F.  The degree of superheat is therefore 338°F. It is this heat that drives the turbine.  Most power boilers also include a superheating reheater (reheater for short).  The reheater takes the exhaust steam from the high-pressure turbine and raises the temperature to main steam conditions, albeit at reduced pressure.  The reheater serves two purposes:

Since the development of steam generators for power production, there has been an ever-present quest to increase boiler pressures and superheater/reheater temperatures (the TH of Equation 1).  Ultra-supercritical (USC) technology is becoming more common for new coal units (mostly those constructed in Asia) with boilers that may operate at 4,500 psi or even higher pressure and steam temperatures approaching 1,200°F.  USC steam generators may have two reheaters to optimize steam conditions.  Intense R&D has been needed to produce materials that can handle increasingly higher temperatures and pressures.  For many metals, a rather sharp dividing line exists between conditions in which the metal maintains integrity and those that induce rapid deformation and failure.

Another critical heat exchanger in the network is the condenser (the TL in Equation 1).  Basic thermodynamic calculations show that turbine output increases by roughly one third with steam condensation.  The improved efficiency can also be considered from a mechanical perspective.  As steam collapses when passing through the condenser, a strong vacuum develops, adding impetus to steam flowing through the LP turbine.  Heat transfer loss caused by waterside fouling and scaling, or steam-side excess air in-leakage, can cost a plant five or six figures annually in increased fuel costs.  A unit derating from condenser fouling in the middle of summer can be enormously expensive, not to mention that tube deposits may initiate underdeposit corrosion, which, in turn, may lead to tube failures and forced outages. [3]

Even with superheating, reheating, and maximized heat transfer in the condenser, net efficiencies are rather low in conventional power units.  The difficulty comes from the fact that most of the latent heat from converting water into steam in the boiler is lost in the condenser.  Therefore, virtually all conventional utility boilers were equipped with feedwater heaters, whose energy source is extraction steam from various points in the turbine.  The extracted steam first does work in the turbine, then serves as the energy source for the feedwater heaters, transferring most remaining heat, including latent heat, to the feedwater.  For the condensate/feedwater circuit shown in Figure 3, the low-pressure heaters would be fed by steam extractions from the LP turbine, the deaerator, perhaps the lead high-pressure feedwater heaters with extractions from the IP turbine, and the last heater perhaps with extraction from the cold reheat line.  Reference 2 offers excellent diagrams of these steam flows for the 2,400-psi drum unit example as well as for a supercritical unit.

Feedwater heating improves net efficiency by several percent, but even with all of the above-mentioned thermodynamic improvements, the maximum net efficiency of conventional drum units is in a mid-30% range.  The most modern USC boilers reportedly have exceeded 45% net efficiency.  Regardless, less than 50% net efficiency is a factor driving the increasing popularity of combined cycle power, co-generation, and combined heat and power (CHP) technologies.  A common example comes from co-generation, where steam produces power in a non-condensing turbine(s) designed to leave the steam in a cooler but still superheated state at the turbine exhaust.  The exhaust steam is distributed to other heat exchangers for energy transfer that utilizes the remaining useful heat, including latent heat.  Some co-generation processes may approach 80% net efficiency, making it hard to argue against the economics of these processes.

Blast from the Past: Steam Generation Thermodynamics 101

A significant issue with combined cycle power generation is that the units often serve to balance load on the country’s electrical grid based on swings in capacity from renewable supplies.  These load changes, as well as frequent startups and shutdowns, can be problematic for HRSG chemistry control.  Unfortunately, the staffing trends for many of these plants can be described as “lean and mean,” with few total personnel and nobody who truly understands steam generation chemistry.  In some cases, plant owners rely on outside technical experts to handle these issues.  The author and colleagues have written about a number of important topics in previous issues of Power Engineering.  These may be accessed through the magazine’s website.

Most combustion turbines today are fired with natural gas, which produces much less carbon dioxide than equivalent coal-fired units. One development requiring close observation is emerging hydrogen production technology, which utilizes renewable power to generate hydrogen for energy production. Such “green hydrogen” can serve as the source for fuel cells. Already, some combustion turbines are being modified to burn a mixture of natural gas and hydrogen, and others to combust 100% hydrogen.  It remains to be seen how far this technology advances in the next several years, but keeping combustion turbines in service with the dual advantages of zero carbon dioxide emissions and maintaining grid stability could be a win-win situation.  Stay tuned to Power Engineering or the POWERGEN+ webinar series for additional reports on green hydrogen development.

About the authors: Brad Buecker is Senior Technical Publicist with ChemTreat.  He has four decades of experience in or affiliated with the power industry, much of it in steam generation chemistry, water treatment, air quality control, and results engineering positions with City Water, Light & Power (Springfield, Illinois) and Kansas City Power & Light Company’s (now Evergy) La Cygne, Kansas station.  He also spent two years as acting water/wastewater supervisor at a chemical plant.  Buecker has a B.S. in chemistry from Iowa State University with additional coursework in fluid mechanics, energy and materials balances, and advanced inorganic chemistry.  He is a member of the ACS, AIChE, AIST, ASME, NACE, the Electric Utility Chemistry Workshop planning committee, the International Water Conference Advisory Committee, and the Power-Gen planning committee.  He may be reached at bradley.buecker@chemtreat.com.