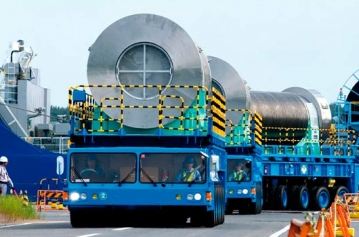 The Nuclear Regulatory Commission issued a license to Interim Storage Partners LLC. The company will build a nuclear storage site in Andrews County, Texas, to transport, receive and store up to 5,000 metric tons of spent fuel, initially, and another 231 metric tons of lower level radioactive waste for 40 years.

Eventually, Interim Storage Partners has indicated, the storage site could be expanded in stages to handle as much as 40,000 metric tons of spent fuel. Each of those expansions are tentative and would require further NRC license approvals.

Interim Storage Partners is a joint venture of Waste Control Specialists (WCS) LLC and Orano USA. It intends to construct the storage facility on property adjacent to the WCS low-level radioactive waste disposal site already operating under a Texas license.

Project costs could be about $350 million during the construction phase and total expenses of close to $2.3 billion by the end of the 40-year lifespan, according to the NRC report linked here.

From our PE Archives: The Future of Spent Nuclear Fuel (2009)

U.S. Department of Energy statistics indicate that the U.S. commercial nuclear power industry generates about 2,000 metric tons of used uranium fuel per year. Once spent and removed from the reactor, used fuel roads are currently stored at close to 75 sites in 34 states, according to the DOE.

Nuclear power plants generate 20 percent of the U.S. electricity mix and more than half of its carbon-free power.