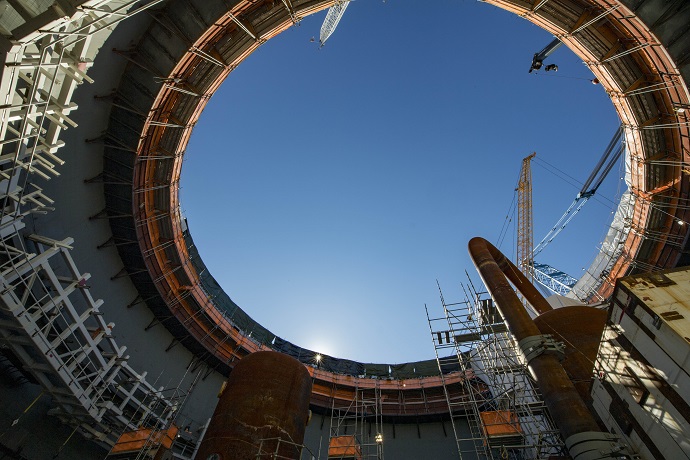 Unit 4 under construction at the Vogtle plant has been undergoing integrated flushing, which pushes water through the permanent plant system piping that feeds into the reactor vessel and reactor coolant loops. Georgia Power is planning to make Unit 3 operational later this year and Unit 4 in 2022, according to reports.

The work at Vogtle Units 3 and 4 is near completion despite numerous delays, cost overruns and other impediments to the estimated $25 billion project. In December, Georgia Power announced it was received the first fuel ships for Unit 3.

For Unit 4, the integrated flush is key to helping ensure a safe startup of systems. The testing begins with the chemical and volume control system and spent fuel pool cooling system to the reactor coolant, passive core cooling and heat removal systems.

Nuclear energy accounts for close to 20 percent of the U.S. electricity generation mix and is the largest carbon-free resource in the portfolio.

Once operational, Vogtle Units 3 and 4 can provide enough electricity to power more than 500,000 homes and businesses. Georgia Power is lead owner in a group including Dalton Power, Municipal Electric Authority of Georgia and Oglethorpe Power.