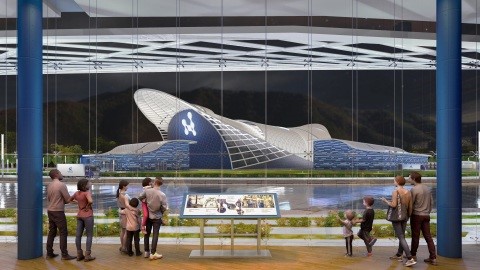 The size of a first-of-its-kind nuclear small modular reactor (SMR) power plant is being cut in half and perhaps leading some participating utilities to question the impending cost of the Idaho project.

Media outlets the Idaho Statesman and the Post Register have reported that Utah Associated Municipal Power Systems (UAMPS), a cooperative which received close to $1.3 billion in federal funding to pursue the SMR project last year, has decreased the size of the proposed plant, called the Carbon Free Power Project, from 12 to six small reactor modules.

UAMPS defended the move, saying it would cut capacity of the carbon-free generation only by about 138 to 462 MW. The project is to be built on property of the U.S. Idaho National Laboratory.

It is not yet known if the reduction will raise the cost of SMR generation and push other members out of the deal. Last year, nearly a fourth of the 36 public utilities signed up to off-take the electricity backed out of the deal. The reason most cited for the withdrawals was cost concerns over the project.

NuScale Power, based in Oregon, is designer and prospective builder of the SMR power plant. NuScale is backed by major investors such as Fluor and Doosan Heavy Industries.

Earlier this year, NuScale and UAMPS announced agreements to prepare for licensing of the Carbon Free Power Project plant

The proposed SMR design, which has received federal Nuclear Regulatory Commission design approval and is nearing the go-ahead to begin construction, also is positioned as a less expensive option compared to traditional massive nuclear reactor projects. One example is Georgia Power’s $27 billion Vogtle Units 3-4 expansion under construction and expected to be commissioned over the next two years.