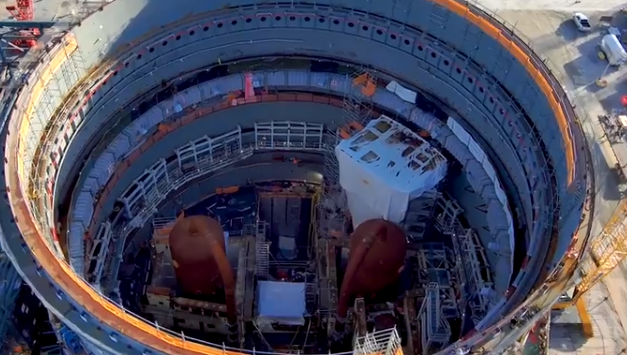 A subsidiary of Southern Co. has notified the U.S. Nuclear Regulatory Commission that it intends to load fuel into the Unit 3 reactor at the Vogtle expansion project in Georgia later this year.

The NRC reported the notice from Southern Nuclear indicating fuel loading beginning in late November. Southern, the parent of Vogtle lead utility Georgia Power, also detailed its planned completion of inspections prior to the loading.

Georgia Power announced this week that workers had completed the final concrete placement inside Vogtle Unit 3’s containment vessel, which houses the reactor. Work also is proceeding on Unit 4 as part of the overall $25 billion project.

The  Vogtle expansion is the only nuclear power plant additions going on in the U.S. Georgia Power, Dalton Power and other partners chose to proceed even after major cost overruns, work delays and original contractor Westinghouse’s Chapter 11 bankruptcy filingin 2017.

The NRC release set out an April 13 deadline for anyone petitioning for a hearing on whether Vogtle Unit 3’s should be allowed to commence operations. Georgia Power plans to commission Unit 3 in 2021 and Unit 4 a year later.

More than 9,000 workers are currently involved in the construction site. Work on the expansion began in 2013.

Since the Georgia Public Service Commission reaffirmed the Vogtle project in 2017, the crews have achieved numerous construction milestones. Unit 3 was energized in the summer 2019, while the main control room began operations near the end of the year.

Nuclear energy generates close to 20 percent of the U.S. electricity mix and more than half of its carbon-free output, according to reports.

Nuclear energy will be front and center in the Lowering Carbon in Thermal Generation track at POWERGEN International happening December 8-10 in Orlando, Florida. Click here to see the POWERGEN 2020 call for abstracts and submit a presentation.