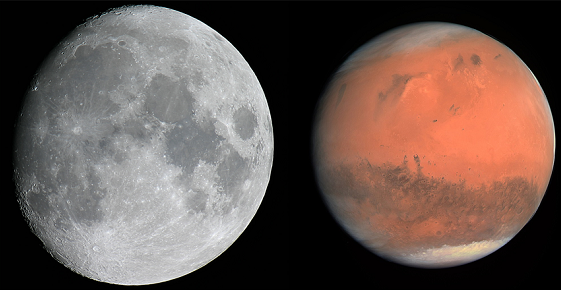 BOISE, Idaho (AP) — The U.S. wants to build nuclear power plants that will work on the moon and Mars, and on Friday put out a request for ideas from the private sector on how to do that.

The U.S. Department of Energy put out the formal request to build what it calls a fission surface power system that could allow humans to live for long periods in harsh space environments.

The Idaho National Laboratory, a nuclear research facility in eastern Idaho, the Energy Department and NASA will evaluate the ideas for developing the reactor.

The lab has been leading the way in the U.S. on advanced reactors, some of them micro reactors and others that can operate without water for cooling. Water-cooled nuclear reactors are the vast majority of reactors on Earth.

“Small nuclear reactors can provide the power capability necessary for space exploration missions of interest to the Federal government,” the Energy Department wrote in the notice published Friday.

The Energy Department, NASA and Battelle Energy Alliance, the U.S. contractor that manages the Idaho National Laboratory, plan to hold a government-industry webcast technical meeting in August concerning expectations for the program.

The reactor must be able to generate an uninterrupted electricity output of at least 10 kilowatts. The average U.S. residential home, according to the U.S. Energy Information Administration, uses about 11,000 kilowatt-hours per year. The Energy Department said it would likely take multiple linked reactors to meet power needs on the moon or Mars.

In addition, the reactor cannot weigh more than 7,700 pounds (3,500 kilograms), be able to operate in space, operate mostly autonomously, and run for at least 10 years.