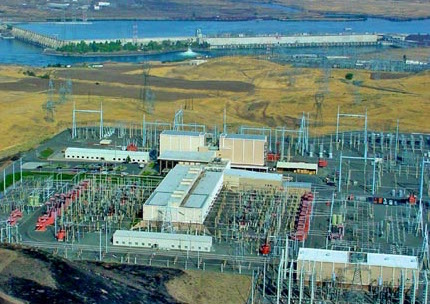 Los Angeles Department of Water and Power has awarded ABB a $100 million contract to modernize the Sylmar HVDC converter station in California.

The station, commissioned in 1970 north of Los Angeles, is a key part of the electricity link between the Pacific Northwest and southern California.

Normally, the power flow is from north to south, but during the winter, the north consumes significant quantities of power for heating while the south requires less, and the power flow is reversed. The Pacific Intertie allows power to flow between the Northwest and Southern California, helping to balance supply with demand.

“The Pacific Intertie was the first major HVDC link to be installed in the US and has been providing power to millions in the U.S. for nearly five decades”, said Claudio Facchin, President of ABB’s Power Grids division. ”We are delighted to return to this pioneering project. After the success of Celilo, the Sylmar upgrade will help to secure power supplies while providing greater efficiency and reliability with an exceptional level of control. ABB is a global leader in HVDC and this project reiterates our commitment to service and lifetime support, a key element of our Next Level Strategy.”

The upgrade will allow the station to be digitalized with the latest version of ABB’s digital MACH control and protection system. Other key components of the Sylmar station upgrade are AC and DC filters, shunt reactors and measurement and auxiliary equipment.

The digital MACH system monitors, controls and protects the sophisticated hardware in the station, managing thousands of operations to ensure reliability. It also helps to protect the transmission link from unexpected disruptions, such as lightning strikes.

ABB has been involved with the Pacific Intertie since its initial construction in 1965, and the company has delivered multiple performance and life-extending upgrades over the years.