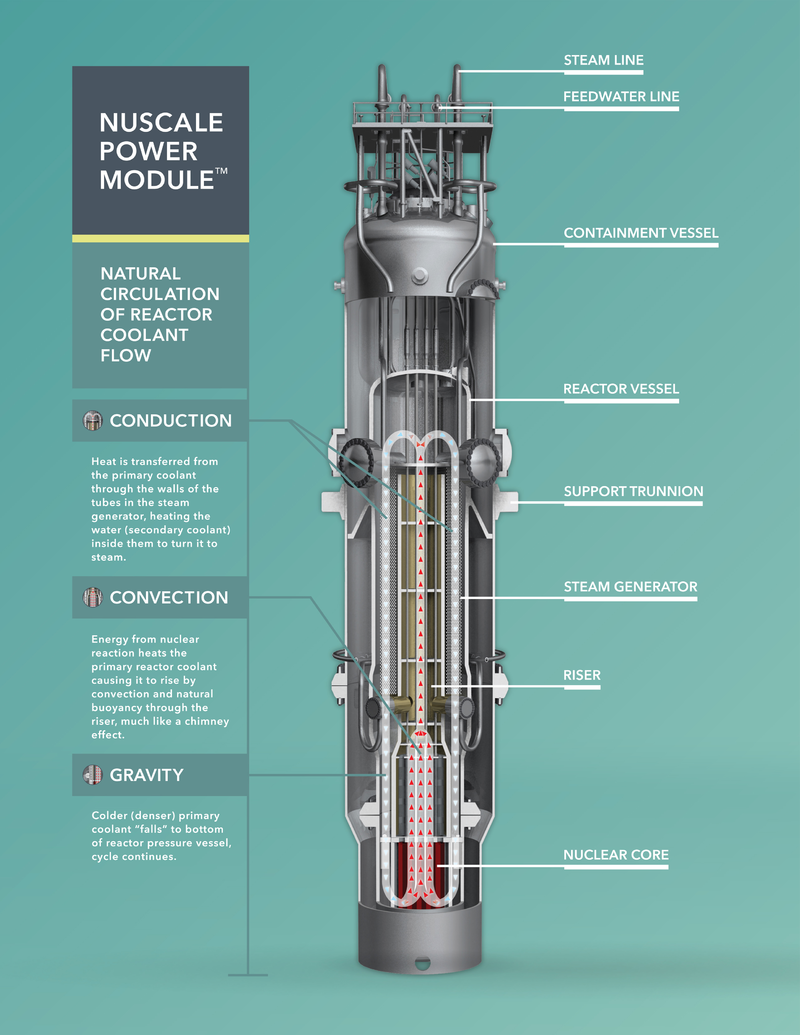 Oregon-based NuScale joined with KGHM Polska Miedź and Piela Business Engineering to plot a path forward on deploying the SMR technology as a coal repurposing solution for KGHM’s industrial processes in Poland. KGHM is involved in copper and silver production, while Piela is a consulting and engineering advisor.

Nuclear reactor units do not emit carbon dioxide when generating power, so are considered possible parts of the aim toward net-zero or lower greenhouse gas emissions to deal with climate change. The U.S. Nuclear Regulatory Commission has approved NuScale’s SMR design, while the company is still working with partners to develop and build a physical plant by the end of the decade.

Poland still derives much of its electricity generation fueled by coal and is trying to chart a path toward cleaner energy and avoiding natural gas imported from Russia. The MOU partners NuScale with KGHM and Piela to analyze financial, legal and technical factors in trying to implement a coal to small scale nuclear solution for industrial purposes.

“NuScale is thrilled to partner with KGHM and PBE on the potential deployment of NuScale Power plants in Poland,” said John Hopkins, Chairman and CEO of NuScale Power. “The retirement of aging coal-fired power plants is leading to changes in power generation, infrastructure needs, and workforce opportunity. NuScale’s SMR technology is an ideal flexible clean energy solution to repurpose retiring coal fueled power plants and most importantly, retain and retrain the skilled power plant workforce already in place in these Polish communities.”

NuScale Power participated in our November 2020 series of POWERGEN+ online

Registration is free and sessions available on demand

The Polish energy sector is planning to build nuclear plants and have the first come online by 2029, according to reports. The goal for Polish SMR nuclear is build a NuScale-type plant by 2030, with a smaller footprint, simpler design and lower cost than large-scale reactor units.

“SMR technology will not only help us to protect the environment but will also substantially reduce the costs of operating our business,” said Marcin Chludziński, President of the Management Board of KGHM Polska Miedź S.A. “This is one of the recently-announced initiatives aimed at growing the company, and we plan to generate power commercially in order to assist in the green transformation of Poland and bring down costs for the average household,”

In the U.S., NuScale is working with a Utah-based power cooperative and Idaho National Laboratory to build a pilot SMR plant on the INL campus this decade (seen at left). The SMR design includes a NuScale Power Module light water reactor capable of generating about 77 MW each.

NuScale and utility Xcel Energy are also exploring an agreement in which the latter would operate and manage future SMR facilities.

Nuclear power plants currently generate about 20 percent of the electricity produced in the U.S., including more than half of its carbon-free power.