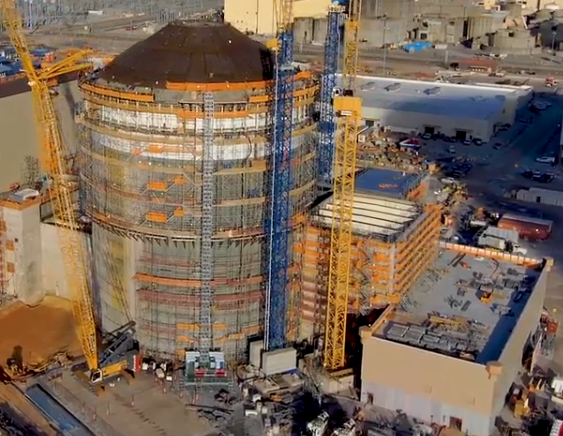 The work to get Southern Co.’s Vogtle Unit 3 ready for commissioning next year hit a major snag as federal regulators potentially increase their oversight of the project after a investigation into construction quality issues.

The NRC’s initial conclusion reported that its inspectors “found that Southern Nuclear did not adequately separate safety and non safety-related cables for reactor coolant pumps and equipment designed to safely shut down the reactor.

“They also found instances where the company did not identify and report construction quality issues related to the safety-related electrical raceway system and enter them into its corrective action program,” the federal regulatory release stated.

The NRC probe also found instances where Southern did not identify and report construction quality issues with the safety-related electrical raceway system nor enter those into a corrective action program. The findings could likely lead to increase oversight of the project which is already a year behind schedule and billions of dollars in cost overruns from original estimates.

“The conditions in the electrical cable raceway system, if left uncorrected, would prevent the plant from operating within the NRC’s regulations,” the release reads. “However, there is no increased risk to the public while Southern Nuclear corrects the conditions because there is no nuclear fuel in the reactor.”

Electrical cable raceway systems for commercial nuclear power plants are routed and designed to prevent a single event from disabling redundant safety-related equipment, according to the NRC. They consist primarily of conduits and cable trays designed to route and support the cables needed to ensure safety related equipment is powered to perform its safety functions.

Project developers had planned to commission Unit 3 into operation by late this year and Unit 4 in 2022 but recently adjusted those commissioning estimates back one year each.

Construction on Units 3 and 4 began in 2013 and have proceeded despite cost overruns, the bankruptcy of contractor Westinghouse (later replaced by EPC firm Bechtel) and the workforce delays brought on by the coronavirus pandemic.

Once commercially operational, Vogtle 3 and 4 will be the first new nuclear reactors commissioned in the U.S. since TVA’s Watts Bar Unit 2 in 2015, which itself was the first in about three decades.