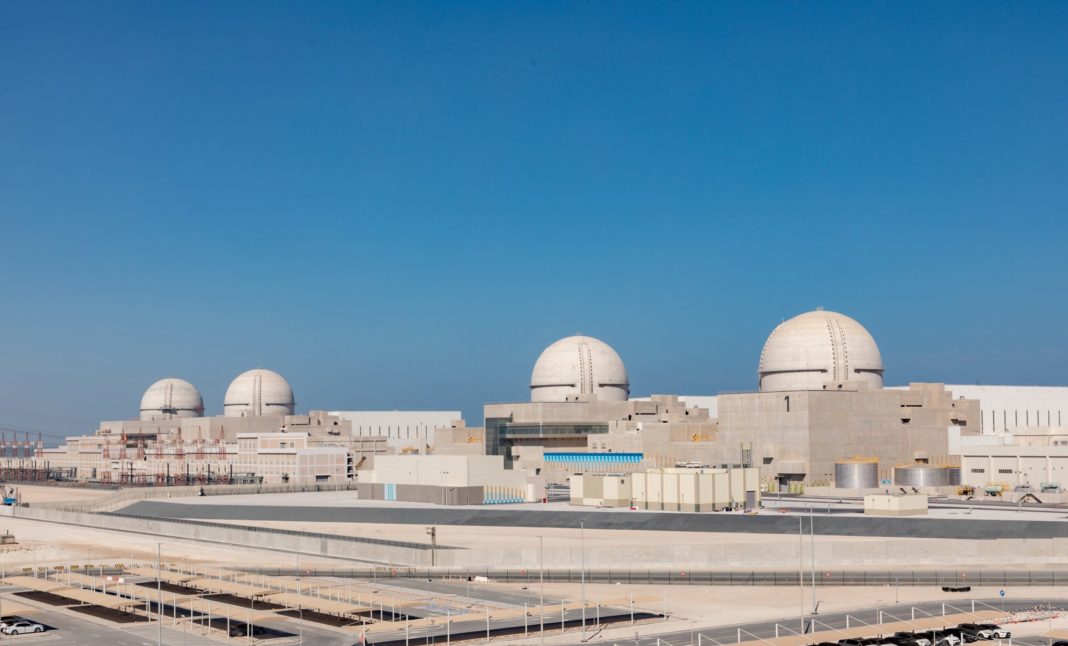 The first nuclear power plant in the Arab world has begun commercial operations.

The Emirates Nuclear Energy Corp. announced that the Barakah power plant has reached its full connected stage for 1.4-GW Unit 1, some 13 years after construction began and one year after electricity generation was first achieved.

Barakah’s four units eventually will generate 5,600 MW at full capacity and supply up to 25 percent of the United Arab Emirate’s electricity needs.

“Our investment in pioneering technologies and the decarbonization of our electricity production not only advances the UAE’s clean energy leadership but also produces tangible socioeconomic and environmental benefits,” Khaldoon Khalifa Al Mubarak, Chair of ENEC, said in a statement. “We congratulate all of our partners as we continue to support the prosperity and sustainable growth of our country.”

Barakah One Company, ENEC’s subsidiary in charge of the financial and commercial activities of the Barakah project, signed a power purchase agreement (PPA) with the Emirates Water and Electricity Company (EWEC) in 2016 to purchase all electricity generated at the plant for the next 60 years.

“After more than a decade of strategic planning, program development and construction, today we are confidently marking the start of a new chapter in the UAE’s transition to cleaner energy sources,” Mohamed Ibrahim Al Hammadi, Chief Executive Officer of ENEC said. “The Barakah Plant uses a proven technology for significantly reducing carbon emissions to tackle climate change, one of the biggest challenges the world has ever faced.”

The start of commercial operations follows a period of extensive testing, overseen by the independent national regulator – the Federal Authority for Nuclear Regulation (FANR). FANR conducted 312 independent inspections since the start of Barakah’s development. These reviews have been conducted alongside more than 42 assessments and peer reviews by the International Atomic Energy Agency (IAEA) and World Association of Nuclear Operators (WANO).

Crews have completed fuel load for Unit 2, due to start-up later this year. Units 3 and 4 are in the final stages of construction.

The project is estimated to have cost around $24.4 billion.