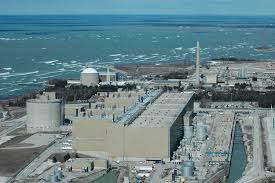 The Steam Generator Replacement Team (SGRT) joint venture was awarded the $350 million Canadian contract ($288M U.S.) by Bruce Power. The steam generators will be placed at Units 3 and 4 of the Bruce Nuclear power plant.

The SGRT’s scope of work includes removal of existing steam generators and installation of the new units. Engineering, procurement and construction (EPC) activities also are part of the deal.

“The Major Component Replacement Project is an important investment in the Bruce plant and its ability to provide dependable, carbon-free energy for years to come,” said Robert J. LoCurto, President of SGT. “At SGT, we bring our 25 years of experience to our work with SGRT and Bruce Power with the goal of supporting the local community and Canada’s clean energy future.”

SGT is the joint venture between Framatome and United. The latter was formerly known as the power construction wing of AECOM before it was acquired by CriticalPoint Capital in 2020.

SGRT is currently executing steam generator replacement work on Bruce Nuclear’s Unit 6, with the majority of work expected to be completed by the end of 2021.

“While we continue to focus on Unit 6, which remains on track, it’s important to continue to plan for future Major Component Replacement Projects, which will play a key role in stimulating the economy as Ontario moves into the recovery phase of the COVID-19 pandemic,” said Mike Rencheck, President and Chief Executive Officer, Bruce Power. “Securing the long-term future of the Bruce site is vital to ensuring Canada meets its commitment to achieve net-zero emissions by 2050.”

In 2017, SGRT signed a long-term preferred supplier agreement for steam generator replacements at the plant’s remaining five units as part of the major component replacement project.

Bruce Nuclear Generating Station is an eight-unit reactor plant which can generate more than 6 GW of carbon-free electricity at capacity. The first units were commissioned in the late 1970s and that newest Units 5-8 in the mid-1980s.

The reactors are CANDU model are pressurized heavy water units.

Framatome is a French-based nuclear EPC firm which is majority owned by EDF. Mitsubishi Heavy Industries and Assystem are minority partners.