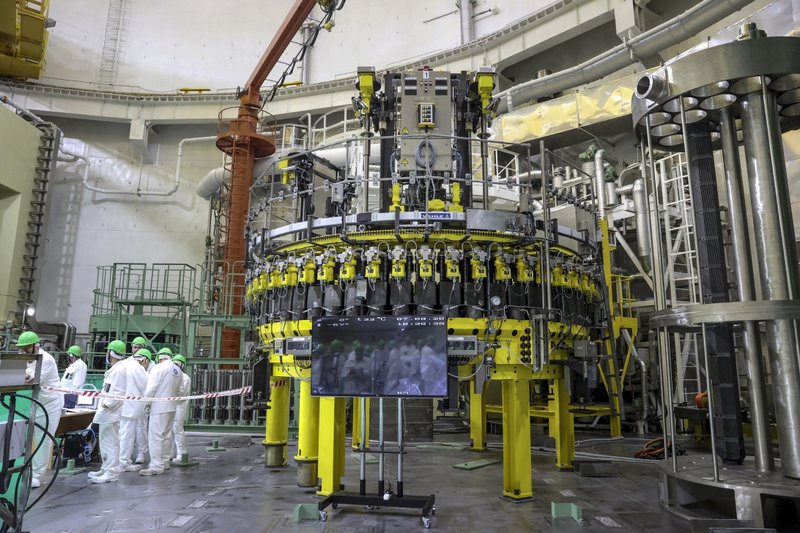 MOSCOW (AP) — Belarus’ first nuclear power plant began operating Tuesday, a project that has spooked its neighbor Lithuania, which immediately cut off importing electricity from Belarus at the news.

The Russian-built Astravyets nuclear power plant, 40 kilometers (25 miles) south of the Lithuanian capital of Vilnius, has been connected to Belarus’ power grid and has started producing electricity, according to Belarusian electricity operator Belenergo.

Lithuanian authorities long have opposed the plant’s construction, arguing that the project has been plagued by accidents, stolen materials and the mistreatment of workers. In line with the country’s law banning electricity imports from Belarus once the plant starts, Lithuania’s Litgrid power operator cut the inflow of electricity from Belarus upon receiving data that the Astravyets nuclear reactor had started producing energy.ADVERTISEMENT

Russia’s state nuclear corporation Rosatom, which built the plant, has rejected the Lithuanian complaints, saying the plant’s design conforms to the highest international standards as confirmed by the International Atomic Energy Agency, a U.N. watchdog.

The corporation also insisted that it “has a zero-tolerance policy on corruption and an internal control system that ensures that any illegal or inappropriate practices are stopped and prosecuted.” It argued that the project’s launch would help reduce the region’s carbon emissions by up to 10 million tons of CO2 equivalent every year.

“We are working closely with Belarus’s national nuclear regulator, the World Association of Nuclear Operators, and with the EU’s European Nuclear Safety Regulators Group to make absolutely certain that there are no unaddressed risks or ‘threats to safety,’” Rosatom said in a statement issued to The Associated Press.

The power plant’s construction was delayed when the reactor’s hull slipped to the ground in July 2016 after workers failed to strap it properly during installation. Rosatom insisted at the time that the reactor wasn’t damaged, but it agreed to replace the unit at the demand of Belarusian authorities.

Belarus suffered severe damage from the 1986 Chernobyl nuclear disaster, which spewed radioactive fallout from a plant in then-Soviet Ukraine across large areas of Europe. That painful legacy has fueled opposition to the nuclear plant project in Belarus.

Lithuania closed its sole Soviet-built nuclear power plant in 2009 and has forbidden the purchase of energy from Belarus.

In recent weeks, Lithuanian authorities have handed out free iodine pills to residents living near the Belarus border. Iodine can help reduce radiation build-up in the thyroid in case of a leak of radioactivity.