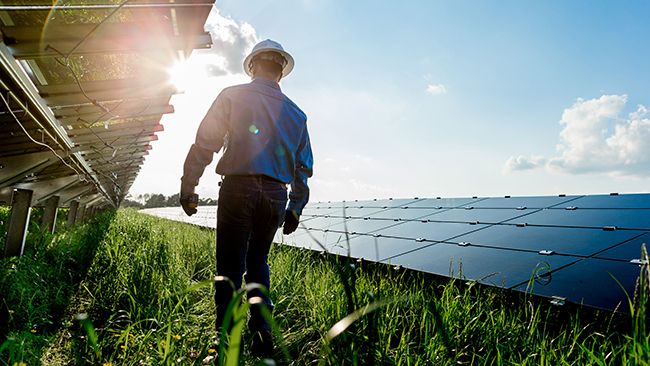 Ben Fowke, who guided Xcel Energy toward its aggressive decarbonization and modernization goals for the past decade, will step down as the utility’s CEO this summer.

Fowke retires effective August 18, while remaining as the company’s executive chairman of the board. Bob Frenzel, president and chief operating officer, will succeed his longtime boss as CEO.

Fowke was named Xcel Energy’s chair, president and CEO in August 2011. Under his leadership, Xcel Energy announced its goal of delivering 100% carbon-free electricity to its customers by 2050. The company already achieved a 51% carbon emissions reduction by 2020, compared to 2005 levels.

Fowke also launched the company’s Steel for Fuel strategy in 2017, which led to one of the largest multi-state wind energy expansions in the country. Xcel Energy now has more than 10,000 MW of wind energy on its system.

“Ben has been an outstanding leader for Xcel Energy and a champion – at the company and throughout our industry – for building a clean energy future while maintaining affordability and reliability for our customers. His financial and business acumen, passion for our customer-focus, concern for our communities and commitment to building a strong, diverse talent pipeline have strengthened the company and positioned us well for the future,” said Chris Policinski, lead independent director.

Frenzel joined Xcel Energy as chief financial officer in 2016, leading the company’s finance, tax, accounting and corporate development functions, as well as its subsidiary companies. He was named president and chief operating officer in March 2020, and currently oversees Xcel Energy’s four operating companies, along with its transmission, distribution and natural gas operations.

“I am honored and humbled by the support and confidence that Ben and the Board of Directors have placed in me,” Frenzel said. “Xcel Energy is in a strong position thanks to Ben’s leadership. I am excited for the opportunity to assume this leadership role at one of the most consequential organizations in energy, where we continue to pursue our strategic priorities, provide outstanding value, and deliver on our potential every day to our customers, communities and shareholders.”

Frenzel served as chief financial officer for Luminant, the Energy Future Holdings, Inc. competitive power generating subsidiary, prior to his roles at Xcel Energy. He also worked as vice president in the investment banking division of Goldman Sachs, following his tenure as a manager and senior consultant in the strategy, finance and economics practice at Arthur Andersen.

After college, he served in the United States Navy for six years, working as a nuclear engineering officer and weapons officer.