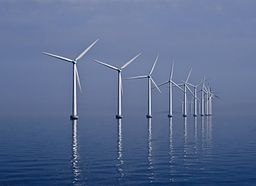 New Jersey-based utility Public Service Enterprise Group has signed a multi-decade lease for land which will be used as a major manufacturing and assembly port to support the offshore wind industry.

PSEG and the New Jersey Economic Development Authority (NJEDA) signed a lease allowing up to 78 years on an artificial island within Salem County. It would be home to the New Jersey Wind Port, providing a site for staging, assembly and manufacturing work related to offshore wind development along the East Coast.

PSEG broke ground on the site last week. The construction is expected to be completed sometime in 2023.

Offshore wind is a key component of New Jersey Gov. Phil Murphy’s Energy Master Plan to achieve 100 percent clean energy by 2050. To that end, the state is committing to investing more than $150 billion to produce 7,500 MW of offshore wind power capacity by 2035.

The New Jersey Wind Port is being located on an artificial island on the eastern shores of the Delaware River, southwest of the city of Salem. With an expensive footprint, lack of height restrictions and access to the Atlantic Ocean’s wind farm lease areas, supporters say, the New Jersey facility can house offshore wind turbine marshaling and manufacturing activities.

Turbine towers can be hundreds of feet tall and impossible to transport under bridges, power lines and other barriers, the PSEG release noted.