Some of the world’s biggest power generation equipment makers are looking hard at increasing their liquidity.

We’re not talking financial euphemisms, although that’s always a factor in any long-term outlook. Leaders from numerous large-scale turbine and engine firms are looking at liquid natural gas as a gateway to an expanding domestic U.S. and global power generation market.

CEOs from Mitsubishi Hitachi Power Systems Americas (MHPS) and newly created GE Gas Power mused over the future opportunities of both LNG and gas peaker markets, while also hinting at where their vast companies might be looking to change and adapt. They spoke to Power Engineering at last week’s POWER-GEN International conference and exhibition in Orlando.

Paul Browning, CEO OF MHPS Americas, spoke from the company’s booth about how the JAC series gas turbines have been a big driver in the company’s rise to the top of the global gas turbine market, according to a report from Barclays Plc earlier this year.

The JAC offers 400-plus MW capacity and 64-percent efficiency. The first commercial operation of the J series in North America commenced about a year ago at the Grand River Dam Authority gas-fired plant in Oklahoma, but at least 10 more J-Class projects are underway in North America, including three joint efforts with Iberdola in Mexico.

Browning sees huge growth potential for MHPS in North America, thanks to the shale gas revolution.

“What’s happening in the U.S. is also happening in Canada and Mexico because they are pipeline connected,” he said. 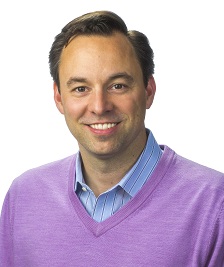 Like Browning, new GE Gas Power CEO Scott Strazik sees huge potential in the near future with the shale gas abundance and global market for LNG. In his POWER-GEN keynote, he noted that U.S. power generation sector’s 27-percent reduction in carbon emissions, two-thirds of which is made possible by the power plant transition from coal to gas-fired turbines.

“Renewables are sexy, but gas is scalable,” Strazik said.

The potential to liquify U.S. natural gas (via freezing it) and move it by ship to other global markets inatrigues many large-scale turbine and engine manufacturers. Strazik noted that the Asian market is ripe for gas-fired generator. Indeed, companies such as GE and Rolls-Royce are making great inroads with peaker power products.

Merethe Fjeldstad, communications manager for Rolls-Royce’s line of Bergen Engines, pointed out company successes in the peaking power market, including in the U.S. The British firm’s new line of B33:45 reciprocating diesel engines are developed to provide quickly needed power to plants in the U.S. and worldwide.

Markku Aspholm, director for Rolls-Royce’s Bergen Engines applications in the Amercias, echoed Fjeldstad’s observations on the growth potential for the B33:45 peaking power. The unit offers electrical efficiency of up to 50 percent, while being operational within minutes.

“The world is changing quickly,” he noted, adding that the northeast region of the U.S. offers some of the company’s strongest development potential.

Back at the MHPS booth, CEO Browning took at quick glance at some long-term maybes and said that the company was eyeing hydrogen as a future alternative fuel source for its gas turbines. Moving from methane to hydrogen requires some conversion in the turbine combustion chamber and might be significantly attractive in a state like California, which is aiming for 100 percent clean energy by 2045.

Hydrogen would not produce carbon emissions, but it ultimately would require electrolysis to separate the oxygen and hydrogen from water. It also would necessitate an ample supply of water, but Browning said it wasn’t a problem as salt water would do.

The key challenge is the electrolysis, which is not a core competency of MHPS right now. The company would look for partnerships in that arena.

(Rod Walton is content manager for Power Engineering and POWER-GEN International. He can be reached at 918-831-9177 and rod.walton@clarionevents.com).