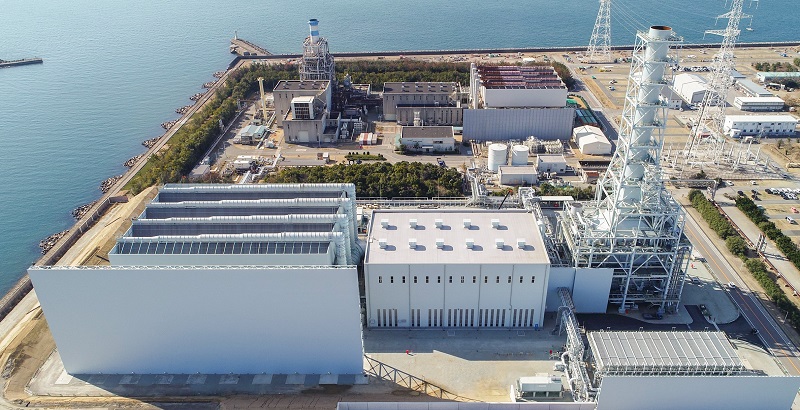 The T-Point 2 CCGT was commissioned in March at the MHPS Takasago Works in Hyogo Perfecture. The plant is focused on validation of gas turbines and CCGT technologies.

MHPS’ most advanced JAC gas turbine is focused on aiming for what it calls industry bests in combined cycle efficiency of more than 64 percent and a turbine inlet temperature of 1650 degrees Celsius. The company, which will be known as Mitsubishi Power after its separation from joint venture partner Hitachi is completed, says the newest gas turbine can reduce carbon emissions by 65 percent versus coal-fired generation and can be blended with 30 percent renewable hydrogen.

The test operation “enables us to provide unmatched performance, such as the 99.5 percent reliability of our J-Series gas turbines,” Paul Browning, CEO of MHPS Americas and Chief Regional Officer for Europe, the Middle East, Africa and the Americas, said in in a statement. “I congratulate our dedicated team of engineers, procurement and construction personnel for achieving commercial operation on schedule, on budget and exceeding output and efficiency expectations.”

The T-Point 2 replaces MHPS’ original T-1 demonstration plant. It validates new gas turbine and digital technologies for a minimum of 8,000 operating hours, equivalent to about one year of normal operation. It is expected to achieve close to 570 MW at generation capacity, according to reports.

Takasago Works is a key center for research, development, design and manufacturing for MHPS. The company also will use the facility to conduct validation of steam turbine upgrades, air-cooled condenser technology, generators and static frequency converters.

Artificial intelligence technology featuring the new MHPS-TOMONI suite of digital solutions is also part of the testing at T-Point 2.

Mitsubishi and Hitachi created the MHPS joint venture in 2014. This year Mitsubishi is acquiring Hitachi’s remaining interest and renaming the company.