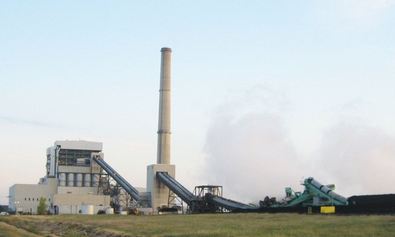 PSO appointed Terry McGee to succeed longtime plant manager Mark Barton for the gas-fired units at Northeastern in Oologah, Oklahoma. Barton, who had overseen all three units as well as the now retired coal-fired Unit 4 for years, will remain as manager for coal-fired Unit 3.

McGee has nearly 40 years of experience working in power generation. He has been plant manager of PSO’s Tulsa Power Station since 2008.

Prior to that he worked in various engineering and plant positions for the Tulsa-based company.

“Terry’s vast knowledge and experience will be invaluable as he takes over management of daily operations at NES 1&2,” said Monte McMahon, PSO vice president – Generating Assets. “In addition, this move will allow Mark more time to focus on his newly-added responsibilities as we work to continue providing PSO customers the best, most dependable and low-cost electric generation possible.”

Barton will take on additional responsibilities as manager of performance improvement for all seven of PSO’s generating facilities in the state. He is also a member of POWERGEN International’s advisory committee.

The 473-MW coal-fired Unit 3 is scheduled to be retired by 2026, 10 years after Unit 4 was shut down. Unit 3 is the last of PSO’s coal-fired generation in Oklahoma.