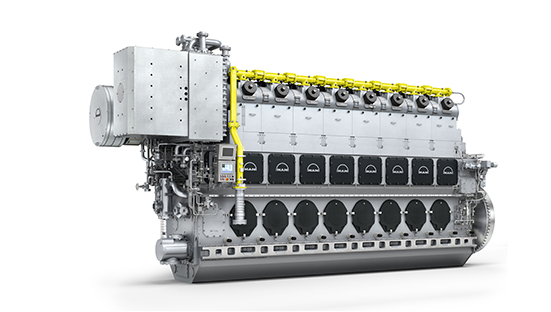 A new 127-MW power plant will significantly improve the electricity capacity in the west African nation of Benin and expand the global LNG market.

A consortium including German firm MAN Energy Solutions and BWSC built the Maria Gleta power plant near Cotonou, the largest city in Benin. Maria Gleta will increase Benin’s generation capacity by more than 50 percent and will be fed by a connection to a liquefied natural gas (LNG) floating storage and regasification unit along its Atlantic coastline to the south.

“Our country now becomes more independent of energy imports,” said Dona Jean-Claude Houssou, the energy minister for Benin who attended the plant’s inauguration event. “Thus Maria Gleta provides the conditions for positive economic prospects for Benin. It is an essential part of our action plan ‘Revealing Benin,’centered around 45 flagship projects aimed at strengthening macroeconomic development, consolidating democracy and improving living environment for the people of Benin.”

The Maria Gleta plant is planned to be expanded to a total capacity of 400 MW later on as part of this program. During the inauguration the facility was also visited by a delegation of energy secretaries from the neighboring countries Burkina-Faso, Togo, Niger and by the general secretary of West Africa Power Pool (WAPP) emphasizing the showcase character of the project for the region.

Recently, the government of Benin has signed an agreement with TOTAL, a leading LNG supplier, for the development of a floating storage and regasification unit (FSRU) which will ensure the supply of the Maria Gleta plant with liquefied natural gas (LNG).

The plant is powered by seven MAN 18V51/60DF gensets, which will mainly run on low-emission natural gas. It can also run on diesel if needed.

“We are very pleased that we are able to support Benin’s ambitious growth plans with this project,”  Waldemar Wiesner, Head of Region MEA (Middle-East Africa), Power Plant Sales at MAN Energy Solutions, said. “Maria Gleta ensures a stable and independent power supply for Benin. The plant will mainly operate on natural gas keeping emissions at a low level, while ensuring fuel flexibility through its dual-fuel capability. This combination connects an environmentally friendly power generation with a secure supply at all time.”