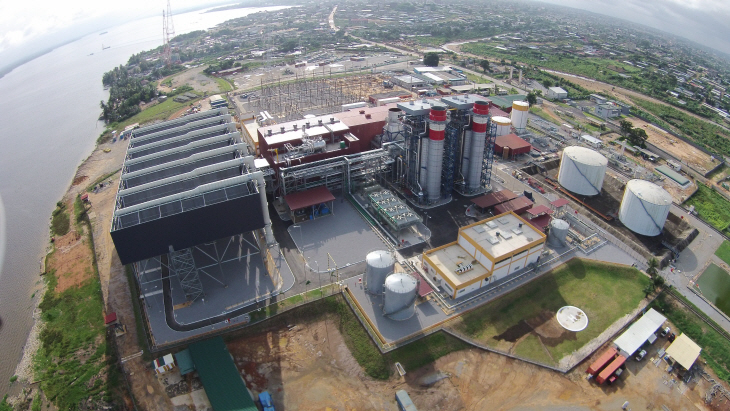 The first F-class turbine in sub-Saharan Africa will be delivered by Siemens Energy, the company reported.

The Atinkou combined-cycle, gas turbine (CCGT) power plant is being built in Jacqueville, Cà´te d’Ivoire. The 390-MW facility is scheduled to begin operations in late 2022.

Siemens Energy will provide its SGT5-4000F gas-fired turbine and related equipment for the project. The equipment firm signed a deal with Spain’s TSK, which is the engineering, procurement and construction contractor on the Atinkou plant.

Siemens Energy’s scope of supply includes one SGT5-4000F gas turbine and one SST5-3000 steam turbine, each along with a generator, condenser and an SPPA-T3000 control system. Additionally, a comprehensive 12-year long-term service agreement (LTSA) has been signed between the end customer ATINKOU S.A. and Siemens Energy.

“Siemens Energy is proud to be supplying the very first, highly efficient F-class gas turbine to the Sub-Saharan region, thereby continuing our commitment to improve access to reliable and affordable energy in West Africa,” said Karim Amin, Executive Vice President of Siemens Energy’s Generation Division. “Supported by our state-of-the-art technology and services, this power plant will be the most efficient natural gas fired power plant in Cà´te d’Ivoire and in the region. It will help to reduce the area’s carbon footprint from power generation and support Cà´te d’Ivoire in its efforts to become a regional energy hub.”

See our full coverage of the gas turbine industry

In March 2020, Siemens was awarded a contract from the same EPC, TSK, to deliver an SGT-800 gas turbine, generator and other key components for Eranove’s 65 MW combined cycle Kékéli Efficient Power plant project in Lomé, the capital city of Togo in West Africa.

Cà´te d’Ivoire, also known as Ivory Coast, has undertaken a major and successful expansion of its electricity sector. The nation has connected 94 percent of its residents to the power grid, compared with only 34 percent 10 years earlier, according to World Bank statistics.

National officials opened up the energy market to the private sector several decades ago after a grid crisis in the 1980s, according to reports. The expansion was fortified with financial engagement from major lenders such as World Bank Group, International Finance Corp. and others.