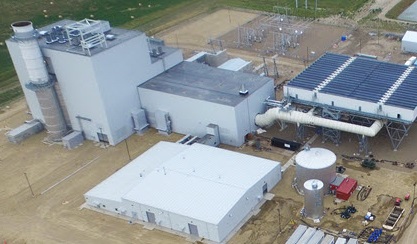 The 350-MW, combined cycle gas turbine (CCGT) Great Plains will be located in an industrial area near Moose Jaw in south-central Saskatchewan. Engineering begins immediately with construction expected to start early next year and the project completed and operational in 2024.

“The Great Plains Power Station provides an affordable supply of baseload power that will support the integration of renewables such as wind and solar into our grid,” SaskPower CEO Mike Marsh said in a statement late last month. “This will be crucial we work to reduce greenhouse gas emissions.”

Read more stories like this in PE’s free, weekly newsletter

Thus, the CCGT is more efficient and reduces carbon emissions for the energy produced.

“We have been involved with design or construction of more than 70 natural gas power plants throughout North America, so we are excited to leverage that experience for SaskPower,” Burns & McDonnell CEO Ray Kowalik said. “The Great Plains Power Station will secure reliable source of power for SaskPower customers for many decades to come.”

Burns & McDonnell will utilize local and indigenous companies and workers as sub-contractors and labor on the project, according to the release.

The EPC firm reportedly brought the Chinook Power Station to completion as much as $75 million below its expected $680 million price tag in 2019, according to reports.

See online webcast content around all forms of power plant operations in our virtual POWERGEN+ series. December’s POWERGEN + is focused on cybersecurity, data analytics and other forms of now-gen technologies.