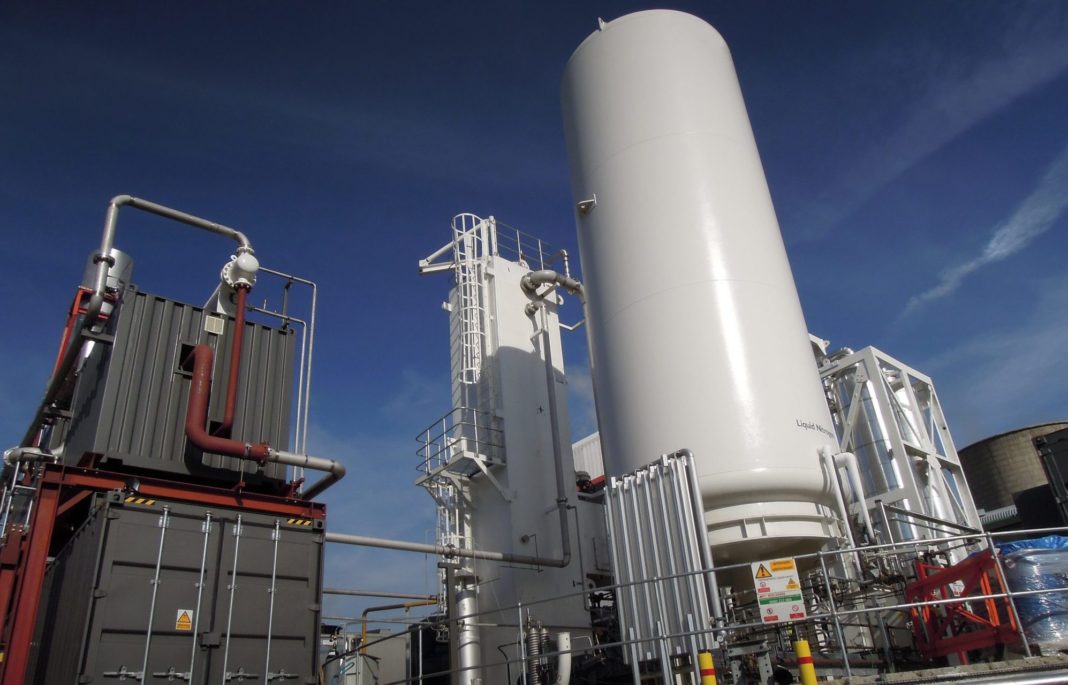 Cryogenic energy storage firm Highview Power is planning to build its first large-scale commercial facility in the United Kingdom, according to a Monday press release by the company.

The company announced plans for a 50-MW/250-MWh project. The plant would be located on the site of a decommissioned thermal power station in the north of England, according to Highview Power.

“We are excited to begin working on our first commercial UK project at scale to become the largest battery storage system in Europe and support the National Grid. This CRYOBattery plant will provide the critical services needed to help maintain a stable and reliable grid,” Highview Power CEO Javier Cavada said in the company release. “Long-duration, giga-scale energy storage is the necessary foundation to enable baseload renewable energy and will be key to a 100 percent carbon free future.”

Highview Power is currently in discussions with potential off-takers to contract for the capabilities and services the facility can provide.

The company reportedly also wants to build energy storage sites in the U.S. over the coming years. Earlier this year, Highview contracted Tenaska Power Services Co., the leading provider of energy management services to generation and demand-side customers in the U.S., to identify, model, optimize and provide energy management services for up to four giga-scale cryogenic energy storage plants in the United States over two years.

The initial project is expected to be developed in the Electric Reliability Council of Texas market, according to reports.

Energy Storage Breakthroughs is one of the Summit tracks happening at POWERGEN International this November in New Orleans. The Decentralized Energy Knowledge Hub also will feature content around energy storage.

Appalachian Power seeks up to 300 MW of renewable generation capacity