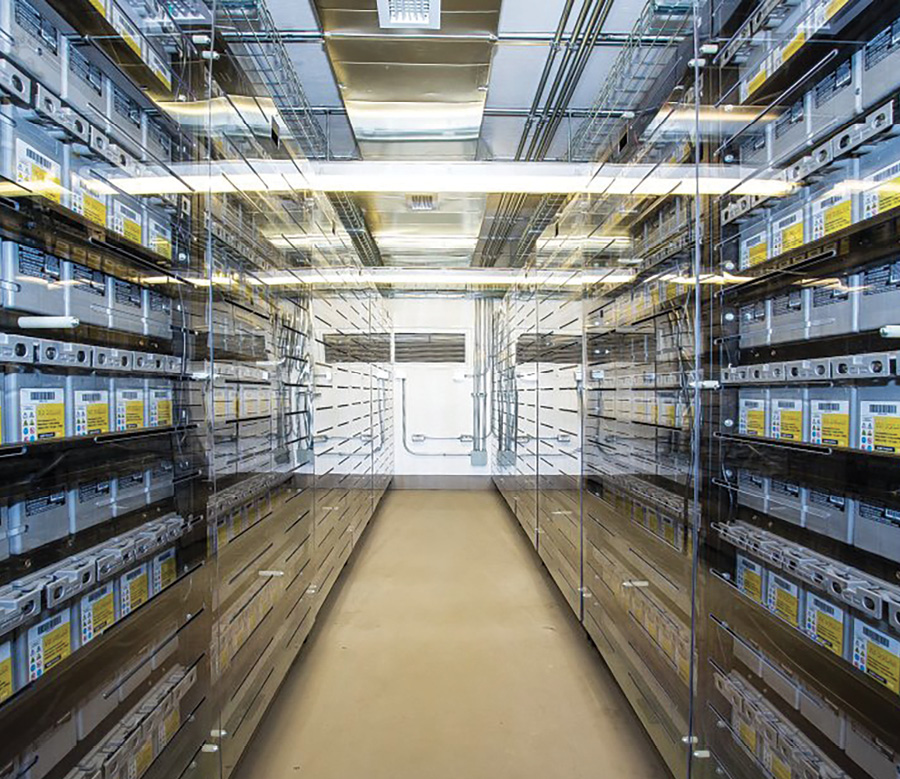 A quick scan of the headlines in the industry press would suggest energy storage is busting out, as utility scale storage systems are being built to deal with the infamous duck curve, or imbalance of power production from renewable energy. The use of storage will be part of one big happy scenario of cheap, clean power, the theory goes. Every day you can read about another municipality, state or utility that has adopted a 100 percent renewable power grid goal, and despite derailment of the Clean Power Plan, utilities have not altered their renewable objectives.

A report by research firm GTM Research and the Energy Storage Association that showed utility-scale battery storage installed capacity grew by 221 MW in 2016, or about double that of 2015. Total utility storage is 622 MW. The figures are proof of growth of long-duration batteries and an increased confidence that large energy storage will help manage peak demand, the report argued. GTM analysts predict a 10-fold revenue increase in storage system sales by 2022 to $3.3 billion.

Another report by Navigant Research released in mid-2017 predicted that the global market for distributed energy storage will reach 27.4 GW and $49 billion by 2026.

The premise is that utilities can’t have a high percentage of renewable energy in their system without some storage to have power available when the sun isn’t shining or the wind isn’t blowing. Most peak uses are early evenings and during the hottest parts of the day for air conditioning. If fossil fuel is to be taboo, storage must be part of the answer.

Considering the above, here’s our question: Why are there not more battery energy storage systems being installed? At the current rate of growth, getting from 622 MW to 27 GW in eight years appears to be an impossibility.

Most of the new storage added last year — 120 MW — was built in California, and that was required by state regulators. Storage isn’t a part of most utility resource integration plans because they have a variety of power generation sources for spinning reserves, demand side management and grid sharing arrangements.

The simple answer to our question is that storage isn’t cost-effective – yet. Storage costs are falling; therefore, it is frequently prognosticated by many — particularly storage vendors and their associations – that storage will fill the void in the grid created by intermittent output by renewable sources. But is that assumption true? When will storage become cost-effective? The answer is intertwined with the technology that will eventually win out.

Storage technology is designed to assist electricity generators both in front of the meter — transmission assistance, peak generation replacement, frequency regulation, distribution substation and distribution feeder — and behind the meter, for microgrids, island grids, commercial and industrial systems and small commercial and residential (Greentech Media).

Cost is the tripping, rather than tipping, point right now. Stanley Consultants conducted a study for Maui Electric Co. to analyze problems it was having with abrupt power fluctuations in its 180 MW system, 30 MW of which is wind power. Early morning and sunset happen to be when more power is used, when the utility couldn’t count on wind power generation. Engineers evaluated a storage solution, but it was too expensive. The utility decided on fast-starting reciprocating engines to fill the gaps that renewables created. Lithium-ion storage systems have been or are being planned in the islands, but the costs are higher than what might be acceptable on the mainland.

What type of storage technology is the most viable for wide-scale application? The storage systems in the conversation include zinc, lead-acid, lithium ion, and flow batteries, compressed air, flywheel and pumped hydro. According to the Lazard annual research report, Levelized Cost of Storage Analysis, costs of all these technologies, without taking tax breaks and other subsidies into account, is trending downward, dropping 60 percent since 2012.

Lithium ion technology, led by Tesla and cell phone manufacturers, is in the early winner. Flow batteries show promise, while the rest of the technologies are essentially Cinderellas.

Without factoring in subsidies, onshore wind is the cheapest form of energy generation, followed closely by gas combined cycle and solar, according to Lazard (2014), which includes capital, fixed operations and maintenance, variable maintenance and fuel costs in its calculations. At about $295 a megawatt hour (MW/h), battery storage comes in on the high side of energy types, surpassed only by diesel generators. A 2016 follow-up study showed similar results, with wind and solar-only much cheaper than solar thermal with storage.

Storage costs are comprised of the initial and replacement capital expenditure for the batteries, switching and distribution systems and ongoing operations and maintenance costs, including the cost of recharging batteries. For example, most power producers prefer to supply renewable energy directly to customers, rather than recharging a storage system because there’s at least a 10 percent power loss during the process.

The cost of lithium ion batteries — just the batteries themselves without factoring in other system costs – is about $300 per kilowatt hour (kWh), with a potential floor coming in a few years around $180 per kWh, according to a variety of experts we spoke to at the recent Energy Storage North America conference. This scenario of battery costs — they comprise 40 percent of a system’s total cost – dropping by more than a third has the potential of driving energy storage on both sides of the meter. At the same time, questions remain about how long will they last and their degradation rates. Also, how do you handle the heat load when they are charging or discharging? These are all unresolved cost components.

Flow batteries are promising, attractive to utilities because of the modular nature of the systems — energy and power components can be sized separately — and their longevity, but material handling and containment is an issue. Overall, venture capital funding for a variety of battery technologies remains strong.

Storage isn’t a guaranteed need for most U.S. utilities, which have a variety of power generation technologies in their generation mix. Nuclear, coal, gas and hydroelectric are common sources of stable, baseload generation. For them, storage isn’t in the plan.

For example, while Xcel Energy’s Upper Midwest 2016-2030 Resource Plan calls for providing 63 percent of its generation mix from carbon-free sources and continuing its transition from coal to clean energy including renewables, the plan doesn’t mention storage to complement 33 percent of wind and solar power. It doesn’t have to: Nuclear, hydro, natural gas and coal make up the rest, providing a stable baseload. The scenario is similar, albeit with different generation sources, in the utilities Colorado operations, where it is aggressively pursuing wind and solar power.

The policy side does not favor storage. Clean energy policies provide economic benefit for renewables but not directly to storage investment. State public utility commissions also provide no consistent means to allow utilities recovery of energy storage costs. Cost recovery varies from state to state. Most state mandates have a “you have to consider it” provision, with no regulatory teeth, for storage.

Utilities are adding wind and solar generation but not investing in storage because they can “ride the grid” by buying power from the grid. Utilities are thinking about what’s the structure going to look like and getting ahead of the need for storage.

Tucson Electric Power is working towards a 30 percent renewable power base by 2030. It has three storage pilot projects with a combined capacity of 22 MW. The utility said, “We’re also making greater use of energy storage systems, which can boost power output levels more quickly than conventional generating resources to maintain the required balance between energy demand and supply. Such systems are expected to rapidly decline in cost over the next several years.”

“Utilities are adding wind and solar generation but not investing in storage because they can ‘ride the grid’ by buying power from the grid.”

In 2017, Tucson Electric Power signed an agreement to purchase power from a solar-plus-storage system operated by NextEra Energy for an all-in cost less than $0.045 kWh ($45 MWh) over 20 years. The system includes a 30 MW, 120 MWh storage system. This compares to a contract signed by Kauai Island Electric Cooperative for $0.11 kWh for a storage/solar system, far below what it costs to run diesel generators.

Then, in late 2017, Xcel Energy, when conducting open bidding to replace 650 MW of power that is being produced by its Comanche Units 1 and 2 in Pueblo, Colorado, surprised the industry by receiving 23 bids, which came in at a median price of $38 MWh for solar with storage, and $21 MWh for wind plus storage. The low prices generated excitement in the industry about the future of renewables and storage.

No further action has been taken on the proposals. The bids were made when federal tax credits for wind and solar were at risk in Congress. Since then the U.S. placed tariffs on solar panel imports, which could raise solar costs. Xcel will write its plan based on the bidding process and submit it to regulators in July, 2018.

The Xcel plan should make an interesting test case. It is one thing to dip an exploratory toe into the storage pool; another to rapidly ramp up its use. A larger commitment by the industry as a whole will depend on the cost-benefit ratio for each utility. 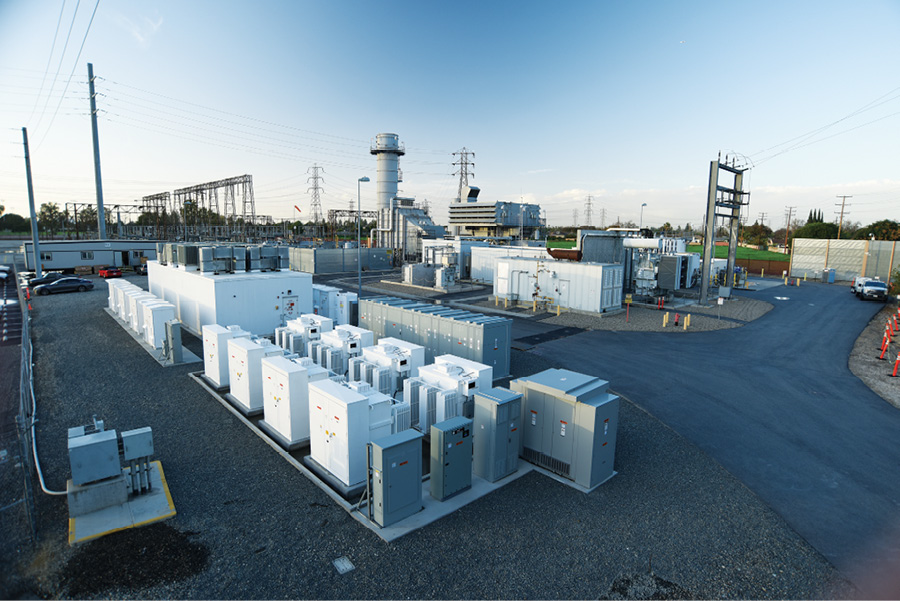 Is storage a part of a renewable future?

A renewable energy future is likely to incorporate storage, be it in front of or behind the meter, or used to add backup or other functionality for distributed grids. But how much will utility-scale storage be needed?

Regulation matters, as we have seen with storage projects required by law in California. Despite regulatory environmental change, cities and states remain committed to a cleaner energy future. According to one report, 27 U.S. cities have committed to powering completely with renewables, and only four cities — Aspen, Colorado; Burlington, Vermont; Greensburg, Kansas and Georgetown, Texas — power all of their electricity with renewables. Southeast Energy News, May 22, 2017.

Even without regulatory mandate, power generation is headed towards renewables. In a KPMG survey of 150 senior energy industry executives, 67 percent of respondents cited the growth of renewable technologies as the most disruptive trend shaping the sector. More than 60 percent of respondents said they believe the U.S. will get half of its power from renewable energy by 2045 or sooner. (Greentech Media)

Even the wind in the renewable sails does not guarantee storage as an essential component to the future grid, however. Adoption of utility-scale storage will depend on regional and unique circumstantial considerations. Storage makes sense for some — islands, microgrids, heavy wind and solar producing areas, for example — but may not for Eastern and Midwestern utilities where the sun doesn’t always shine and wind is intermittent. Those areas can more easily replace coal fired generation with natural gas to balance their electricity demand loads, based on the current and projected natural gas price forecast.

The tipping point is what percentage of renewables can a system support without storage? A study by the National Renewable Energy Laboratory concluded that a utility with at least 40 percent of its generation in renewables will need a storage system to provide reliable power. How far away are we from the tipping point? Despite every day headlines of new solar and wind installations, those two forms of generation power just 6.5 percent of the nation’s energy grid (2016 Energy Information Administration). It is a long way from 6.5- to 40 percent of renewable generation, or the battery storage tipping point.

In lieu of legislative mandate, the predictions of a storage boom are not going to materialize as have been predicted. Utilities can cover load balancing in a reliable fashion with their present power generation fleets. While promising, a utility-scale investment in battery storage is not economically feasible in the current rate structures. A more than 4,000 percent increased investment in highmegawatt storage systems over 8 years is not achievable.

Charles Spooner is a senior project manager at Stanley Consultants. His experience covers a wide section of the power generation market, including complex, large generation and emission controls projects.