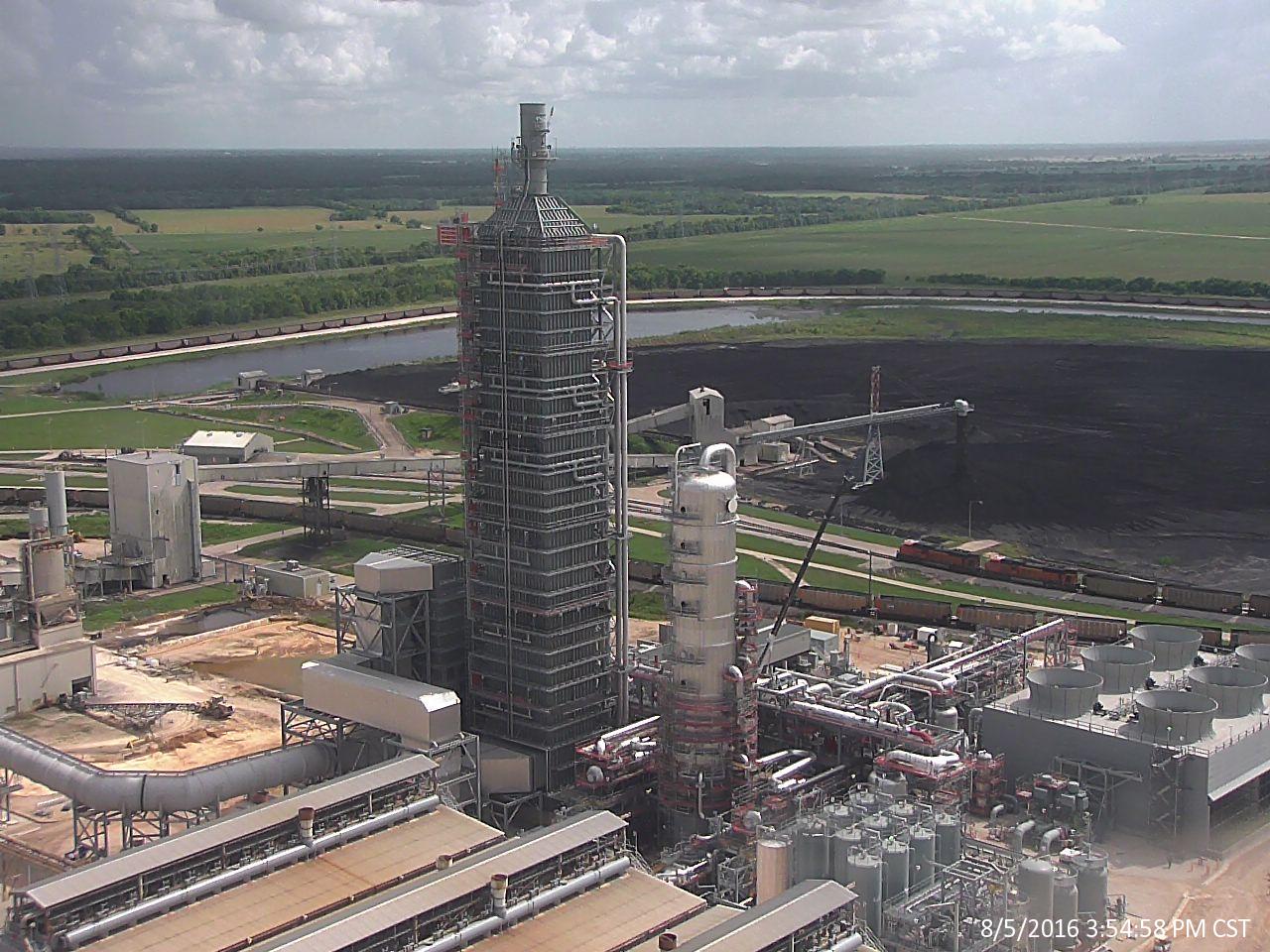 The Petra Nova project, first announced in 2014, was completed as scheduled and implemented in the coal-fired WA Parish Power Plant in Fort Bend County, Texas, just southwest of Houston.

Since Petra Nova first captured CO2 on September 19, the system has delivered more than 100,000 tons of captured CO2 to the West Ranch oilfield through an 80-mile pipeline. Final performance testing completed on December 29, 2016 showed the system captured more than 90 percent of carbon emissions from a 240-MW equivalent slipstream of flue gas, and is now rated at 4,776 metric tons of CO2 captured daily..

Once testing was complete, the facility was turned over for operations.

“Completion of the Petra Nova project is an important milestone in our quest to help ensure reliable, affordable and increasingly cleaner energy from fossil fuels,” said Mauricio Gutierrez, President and CEO of NRG Energy.

“This project represents another major step in NRG’s effort to reduce our carbon emissions and create a more sustainable energy future, and we are proud that this accomplishment was achieved on-budget and on-schedule in a competitive energy environment.

Hilcorp and the University of Texas Bureau of Economic Geology will monitor the movement of CO2 within the oil reservoir.

“NRG and JX Nippon’s Petra Nova is the type of innovative, technologically advanced project that proves time and again that Texas is the world leader in energy innovation,” said Greg Abbott, Governor of the State of Texas.