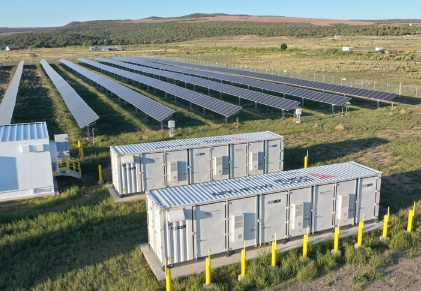 Oregon-based utility owner PacifiCorp has filed a new integrated resource plan which builds in more than 9.2 GW of new solar and wind energy resources, while also aiming for 500 MW of advanced nuclear and 6.1 GW of energy storage capacity.

Gas-fired power generation also will remain in the PacifiCorp at least for next two decades, according to the plan.

The company’s 2021 IRP was filed with utility commissions in six western states. The plan, according to PacifiCorp. Results in a more aggressive greenhouse gas reduction to 74 percent below 2005 levels by the end of the decade.

“Our Integrated Resource Plan is designed to determine the lowest-cost options for customers, adjusting for risks, future customer needs, system reliability, market projections, and changing technology,” Rick Link, vice president of resource planning and acquisitions for PacifiCorp, said in a statement. “We depend a great deal on public involvement by utility regulators, customers and other stakeholder groups to develop this plan. We are grateful for their involvement over the past 18 months.”

The PacifiCorp IRP road map also calls for 4,290 MW (4.29 GW) in energy savings through efficiency programs. Solar capacity, mostly paired with battery storage, will account for another 5,628 MW of capacity, while utility-scale wind could total 3,628 MW in additions to the revamped resource mix.

Battery and pumped hydro storage is estimated at 6,181 MW of the future PacifiCorp portfolio, according to the IRP.

The utility is also betting on growth of next-gen nuclear such as potential small modular reactor and next-gen advanced fuel projects. Advanced reactor developer TerraPower has gained U.S. Department of Energy support to construct a demonstration nuclear facility potentially at the site of a retiring coal plant in Wyoming.

On the fossil-fired side of the generation mix, PacifiCorp detailed several closure and conversion projects. This includes retirement of the Cholla Unit 4 coal-fired generator in Arizona, and the completed coal-to-gas peaker conversion of Naughton Unit 3 in Wyoming.

PacifiCorp is in the midst of planning other coal-fired retirements and coal-to-gas conversions through 2025.

Despite the company’s announced commitment to a 98 percent reduction in carbon and other climate-damaging emissions, some environmental groups are criticizing its decision to keep burning some gas-fired capacity into the 2040s.