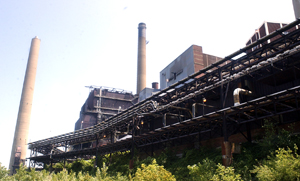 In a development that could cost several dozen people their jobs, NRG Energy is contemplating the conversion of its Avon Lake coal-fired power plant to natural gas–this according to an article from the Chronicle-Telegram in Elyria, Ohio.

The company has talked for months about building a 20-mile natural gas pipeline from Grafton to Avon Lake in an effort to meet strict EPA pollution mandates by abandoning its coal-fired capabilities in favor of natural gas. NRG says the mandates aren’t economically feasible, and the plant will close if a conversion doesn’t occur.

The utility has said building a pipeline is cheaper than paying the estimated $422 million cost for pollution control devices, which cleaner-burning natural gas doesn’t require.

NRG also continues to seek ways to cut the plant’s real and public utility personal property tax values, something school district, city, and county officials have paid close attention to because it would mean decreases in tax revenue.

The plant currently employs 75 people, but a conversion will lead to job losses according to NRG spokesman David Gaier. “Assuming the gas addition goes forward, the plant will require fewer workers because many jobs in a coal-generation plant involve coal handling in one form or another,” he said.

Although Gaier didn’t provide an exact number, Avon Lake Mayor Greg Zilka said he recalls from prior meetings with the utility that 35 people will lose jobs. Zilka said that’s a better option than seeing the plant close, but will still be a blow. “Talk of job loss has sort of been lost in the shuffle, but we are still concerned about the 35 or so people that may be losing their jobs,” he said. Zilka noted that a job loss of 35 also means the city will stand to lose $20,000 to $30,000 in annual income tax revenue.

Zilka said NRG, which has filed 33 lawsuits in the Lorain County Court of Common Pleas to take properties through eminent domain for pipeline easements, has indicated it intends to officially announce whether it will move forward with the natural gas pipeline by the end of March.