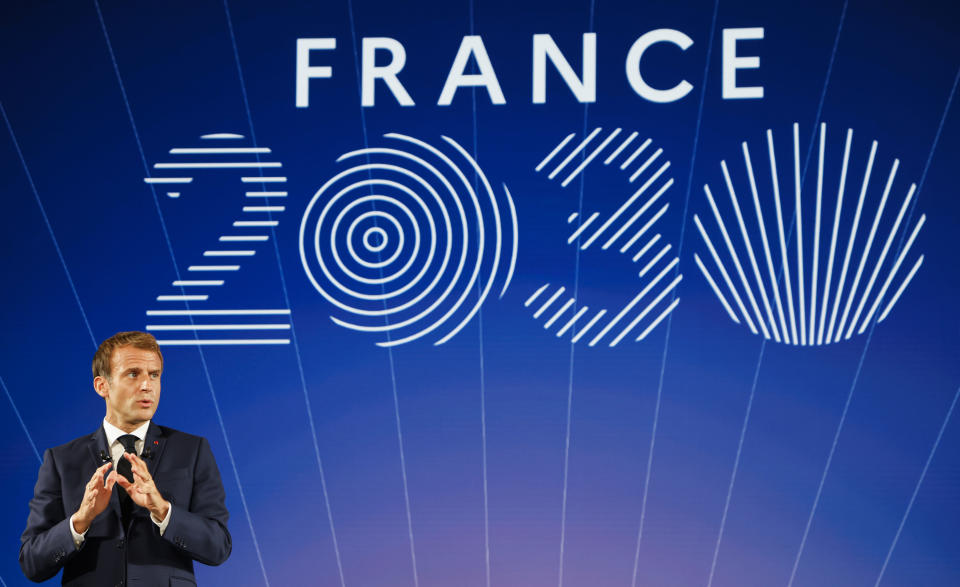 If France is truly going to be a leader in the age of decarbonization, President Emmanuel Macron said Tuesday, it must invest in and embrace small nuclear energy and green hydrogen by the start of the next decade.

Macron, in laying his country’s Innovation Plan, stressed that investment of 1 billion Euros ($1.2B U.S.) in small-scale nuclear is needed by 2030. Those overall efforts would include small modular reactors, electroyzers and electric vehicle infrastructure.

“We absolutely must prepare for disruptive technologies and profound transformations in nuclear power,” he said, according to the translated version of the speech. “The promise of what are called to be the country in Europe which is among those which emit the least tonnes of CO2 per electricity produced. We must reinvest to be at the forefront of disruptive innovation in this sector.”

The current French government also wants to pour Euros into at least two gigafactories’ worth of electroyzers to produce hydrogen, which does not emit carbon. Hydrogen is only truly green, however, if if is produced by electrolysis powered by carbon-free electricity.

“If we produce hydrogen using fossil fuels, there is no point,” Macron said. “There is a strategy that consists of going to renewable energies and electrolysis very far away and re-importing hydrogen, a bit like liquefied gas is done. There is a second strategy which will be at the heart of ours: we will try to produce a lot of it in France because we have the possibility of doing electrolysis and, in addition, of doing (it) carbon-free. It’s a huge chance, it’s what will allow us to be a leader.”

POWERGEN International will host sessions on decarbonization of the power sector, hydrogen and SMR nuclear when it happens live Jan. 26-28 in Dallas, Texas. Registration is now open.