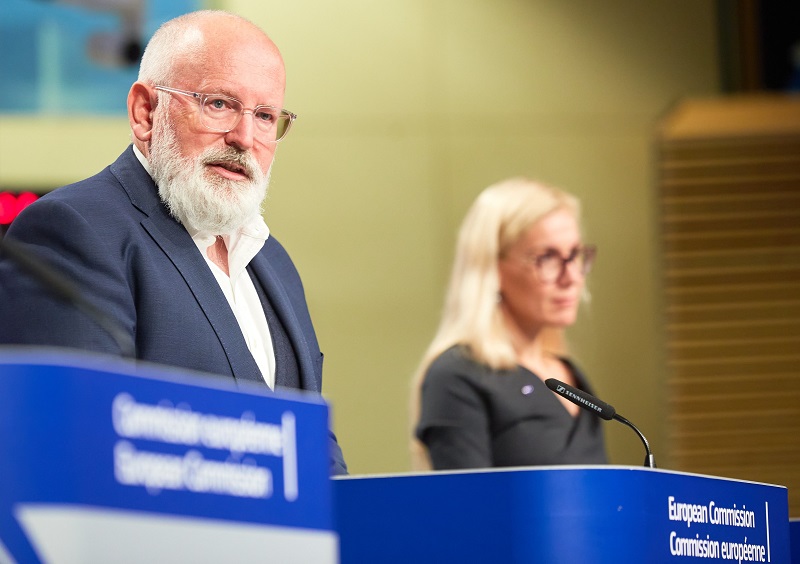 The European Commission this morning unveiled new strategies for energy system integration and hydrogen that are designed to be key investment pillars of Europe’s Green Deal and also its post-Covid19 recovery.

They were launched by Energy Commissioner Kadri Simson and Executive Vice-President for the Green Deal, Frans Timmermans, who said that he believed both strategies were “crucial for our Green Deal”.

“They are ambitious, they are necessary… and they put us firmly on a path towards climate neutrality.”

He added they would also allow to EU to “retain global leadership in clean tech” and put climate action at the heart of Europe’s economic recovery from the coronavirus pandemic.

“The Green Deal remains our compass throughout this recovery,” he stressed.

Timmermans said both strategies were crucial for the Green Deal

And he added that the two new strategies were vital if the Europe had any realistic hope of hitting its target of being climate neutral by 2050.

Timmermans said the Energy System Integration Strategy is designed to provide the framework for a green energy transition and “break the silos” of the existing energy model, which he said allowed the energy consumption of transport, industry, gas and buildings to each have separate value chains, rules, infrastructure, planning and operations. He said this model was becoming “a relic of the past.”

“Energy system integration means that the system is planned and operated as a whole, linking different energy carriers, infrastructures, and consumption sectors. This connected and flexible system will be more efficient, and reduce costs for society.”

There are three main pillars to the integration strategy. The first is a more circular energy system that puts energy efficiency at its core. The EU states that there is “significant potential in the reuse of waste heat from industrial sites, data centres, or other sources, and energy produced from bio-waste or in wastewater treatment plants”.

The second pillar is greater direct electrification of end-use sectors, while the third, for those sectors where electrification is difficult, is the promotion of clean fuels such as renewable hydrogen and sustainable biofuels and biogas.

Hence, the Hydrogen Strategy, which is designed to spotlight how – with the right investments, regulation, market creation and research and innovation – hydrogen can help decarbonise industry, transport, power generation and buildings across Europe.

And the strategy is certainly ambitious: between now and 2024 it intends to support the installation of at least 6 GW of clean hydrogen electrolyzers in the EU, and the production of up to one million tonnes of renewable hydrogen.

This article was originally posted at Power Engineering International.