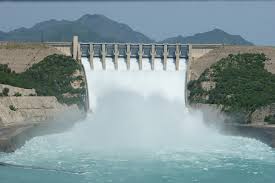 Six of Canada’s leading electricity associations have created a coalition to promote clean power’s role in a sustainable energy future.

The Electricity Alliance Canada’s mandate is to enable, promote and advocate for increased low or no-carbon electricity usage throughout the economy to help achieve the nation’s net-zero emissions target of 100 percent by 2050.

“Electricity will power Canada’s energy transition and create many new well-paying jobs,” reads the joint statement by the six entities. “We are pleased to announce this enhanced collaboration to advance discussion and implement strategies that promote greater electrification in a way that is sustainable, reliable and affordable. Electricity Alliance Canada looks forward to working with governments and energy users to capture the full potential of electricity to contribute to Canada’s net-zero target.”

Canada is much further along than many nations when it comes decarbonizing its power generation sector. More than 80 percent of its electricity mix is fueled by non-emitting hydroelectric and nuclear as well as wind, solar and marine renewable generation, according to the Alliance. By contrast, the U.S. portion of non-emitting electricity resources is closer to 40 percent or less.

The remainder of its coal-fired power plants are scheduled to be phased out by 2030, according to reports.

Hydropower leads the way in Canada, with nearly 500 generating plant producing an average of 355 TWh per year, according to the Canadian Hydropower Association. Nuclear plants such as Ontario Power Generation’s Darlington station and Bruce Power also contribute massive-scale and carbon-free electricity capacity.